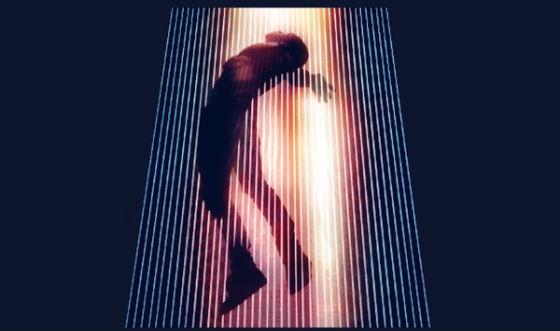 It's been almost two weeks since the truck carrying Kanye West's specialized tour equipment was in a mysterious accident, resulting in the postponement of many of the shows on the YEEZUS tour and the outright cancellation of its St. Louis date. There is still no new information regarding the nature of the crash or the people involved, and the investigation may stop altogether now that the equipment has been repaired and the tour is kicking back off again.

But luckily, we're here to speculate wildly on who the most likely culprits of a YEEZUS tour sabotage might be.

Let's knock out the obvious ones first. Kim Kardashian cannot be out of reach from Kanye West's hand until she has made her own hand an official Mensa-qualified multimillionaire wife! She needs to keep Kanye from talking to his lawyers about the whole "let's not do a pre-nup with Kim K" situation, and what better way to keep him at home than to literally keep him off the road?

Speaking of people who want to keep Kanye at home, North West is also a potential perpetrator. Kanye recently called his daughter a baby genius. She could totally pull off this sort of damage at five months old. I believe it, because it would be cruel of God to make that child anything short of someone who could successfully emancipate herself in the court of law within ten years. In the meantime, though, she wants to spend time away from the Jenners and be raised by some semblance of a family. In this situation, Kanye West is that semblance.

Aaand speaking of fake families, Jamie Foxx needs to remind Kanye of the song they made together soon if he ever, ever, ever wants to perform in a somewhat non-ironic reunion tour in the future. Another possible suspect.

Earlier this year Chuck D from Public Enemy got pissed at Jay-Z and Kanye for saying the "N-word" too much...SO IMAGINE HOW HE FELT AFTER LISTENING TO MAGNA CARTA AND YEEZUS THIS SUMMER. He could absolutely not let this tour happen.

Because on second thought, a giant TV screen and rock-climbing wall suddenly didn't seem as revolutionary as a "FIRST SOLO TOUR IN FIVE YEARS!" demanded it be. Plus, there may have been some concern as to whether he could even fit his massive ego in the building.

Eminem has made it clear that Kendrick Lamar is his friend now, and they are bringing "it" back to "the game." Eminem has also made it clear with Marshall Mathers LP 2 (and everything else he has ever done) that he is not a proponent of healthy relationships. The fact that Kendrick Lamar is touring with Kanye West makes Kanye West a threat. And when Eminem is exposed to a threat (or anything), Eminem shows how much of a BAD GUY he can be...this time, by possibly smashing Kanye's set and stealing more cuddle time with K. Dot.

PETA has hated Kanye West for a long time. It has also been the joke of the activist organization community for a long time, because paint throwing? Really? Go sit in a tree, basic bitches. But if PETA could pull of a high-speed hit-and-run against a major threat, it would signal extreme progress for the organization as it attempts to become the hippy guerilla group of its faux-fur blanket dreams.

When Kanye West is always on the move, the blogs and papers and Twitter accounts that cover all of his activity are under a tremendous strain to keep up with the clothes he's wearing, what he's saying, who he's hitting and the poles he's walking into. Also, pretty sure the TMZ Tour Bus was designed specifically to carry out such a violent assault.

Without a steady beau for the last few months, Taylor's hormones may have risen to such a frightful level that she carried out a long-overdue-rageful-Lifetime-movie hit-and-run. It could happen.

Do you ever think about what Ray J thinks about before he goes to bed at night? Like, right as he's about to tip off the cliff of consciousness and feels a physical pull of fright symbolic of his most dangerous inner demons? I think he HAS to be ALWAYS thinking about the fact that Kanye West wifed his woman AND successfully maintained a career. He must hate him so much. But because of what his sis Brandy did, he knows he can never take his rage out in an actual hit-and-run against people. So just like with everything else in his life (I'm not saying, I'm just assuming this is what he thinks), he punked out and decided to hit the TV and rock-wall truck instead. Nicely done.