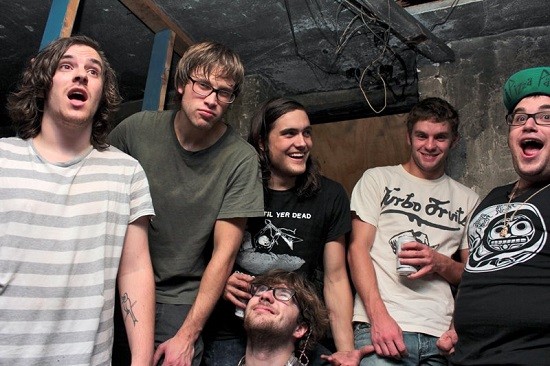 When someone mentions the Nashville music scene, it's impossible not to think of disposable twang and glittery cowboy boots. It's the mecca of country music and culture, no doubt.

Lately, though, the city has been as much of hotbed for sweaty punk rock as it has golden country. With bands like Jeff the Brotherhood, Pujol and Diarrhea Planet -- the last of which will be at the Gramophone on Tuesday, November 19, one has to wonder if the party punks of Nashville are plotting their own movement.

Diarrhea Planet is just as capable as any of the aforementioned bands in leading this movement. Buried under the squeals of distortion and the nagging riffs are infectious melodies that are harder to shake than the condition of which the band is named after. It's loud, it's sloppy, it's heavy and it's damn fun. And just listening to DP it's clear that nobody is having more fun than the members of band itself.

Check out the music video for Diarrhea Planet's "Warm Ridin'" above. Listen to 2011's Loose Jewels LP below.