Six Punk Bands We Don't Need To Talk About Anymore 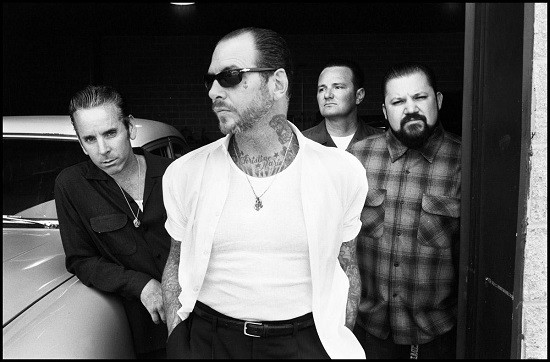 I have an embarrassing tendency to bait people into conversations where I just talk about cool things I am doing. Surprise, right? While it likely stems from being bored with hearing of the mundane achievements of others (babies, crappy jobs, cars), there is a part of me that figures it must stem from some sort of deep-seated masochism -- the same way I used to force myself to watch My Super Sweet 16. Without fail, the conversation switches to traveling, music, or some other trite nonsense and the question arises:

Look, explaining you're in a punk band sucks -- it's like telling people you're a chef. Most people think they know a thing or two about it, and the resulting conversation is maddening. It hurts for everyone involved, as slowly the attempt to bond over art turns into an insecure namedropping contest. So for the sake of all of us, here are six punk bands we simply don't need to talk about.

1. The Clash [Editor's note: I am diving out of the way on this one; Drew, you can take the heat. The Clash rules, just sayin'.]

I'll be honest with you: I haven't really listened to much of the Clash because a lot of punks who wear hats with chains on them seem to be big fans. Plus, everything I've read about the band basically states it formed with the intention of latching on to the Sex Pistols' success. But in the interest of journalistic integrity, I am listening to some songs now -- and I still think they suck, with the exception of some live stuff. Reggae is gross and bad English punk sounds like Andrew Lloyd Webber. Oh and if that's not enough, Bono once called the Clash the most influential band on U2's sound.

Lets talk about these bands instead:

Social Distortion is just Good Charlotte for people who wear flames on their clothes. Punk rock mixed with car culture is like going to the zoo with a bazooka - a funny concept with unforgivable results.

Why don't we talk about these bands instead?:

Around three years ago, I went to see a therapist because I hated my job and my life. Although I would realize later that the key to staying alive is being busy and having low expectations, a conversation that occurred in therapy still bothers me to this day. Here's a rough transcript:

A lot of people got into punk through Rancid. Not me, though. I got into punk through formulaic grindcore, knock-off Swedish d-beat and a drunken Jewish redneck mathematician from Raleigh, North Carolina. Hard to say which is more embarrassing. The reason I got into punk rock through such an unconventional manner is because I saw the video for "Time Bomb" when I was a kid and I absolutely hated it. At my young age, the message of punk seemed all too clear: It was obviously about wearing a shitty hat and skipping around in circles. In keeping, I ignored punk for another seven years.

What I Wish I Heard Back Then Instead: Willful Neglect Poison Idea YDI Cheetah Chrome Motherfuckers The Fix

Another band I've never given a chance to, the Casualties always struck me as the pinnacle of something that's trying too hard. It's like if there was a band where every member was a street punk version of Travis Barker or Tommy Lee. Also, recently some unsavory allegations were made about the band that allege sexual assault, in this article that made the rounds last week. Something to think about. And regardless, we'd better get far away from this fashion-punk crap before we fall down a rabbit hole clogged with dyed pubic hair.

Instead, let's talk about some metal bands that like weed.

I love The Misfits. We all do, which is precisely why we shouldn't talk about them anymore. So many people like the Misfits that sometimes you have to ask yourself how many people wearing the skull logo t-shirt think that it represents a clothing company? Who knows. Who cares. Punk is for losers.