Acclaimed Our Band Could Be Your Life Author Michael Azerrad Discusses His New Endeavor, the Talkhouse 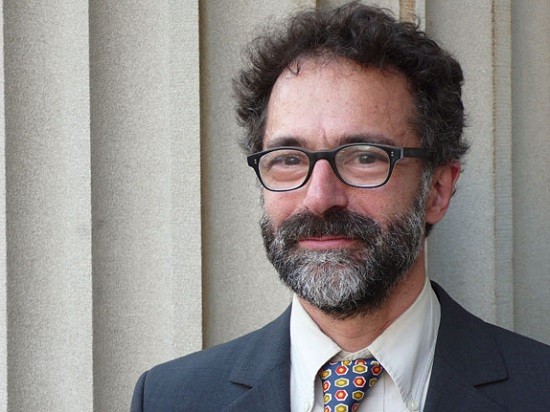 Michael Azerrad is one of the most respected and acclaimed music journalists in the business. Known for books like Come As You Are: The Story of Nirvana (the only essential Nirvana book in the great big sea of Nirvana books) and the definitive Our Band Could Be Your Life: Scenes from the American Indie Underground, 1981-1991, Azerrad has also had high-profile writing gigs at Rolling Stone, Spin and the New York Times.

His newest role is that of editor-in-chief at the Talkhouse, a music website that offers something more than the regular album reviews and rating systems. At the Talkhouse, Azerrad provides a place for musicians to write about other musicians. All of the pieces are quality, smart adventures and the writer/artist combinations are frequently mind-blowing. (Lou Reed reviewed Kanye West's Yeezus, for example.)

We contacted Azerrad and he was kind enough to answer a few questions for us about the website and to give us some insider information about how the artists are paired and processed.

Jaime Lees: Explain how the Talkhouse functions. Do you contact the writer or do they propose ideas to you?

Michael Azerrad: I reach out to the smartest, most notable musicians I can think of and ask them if they'd like to write for the Talkhouse. And more often than not, they're into it. But they're not professional music critics and they can't be expected to write about whatever album I throw at them. So they look through a listing of upcoming releases and find something they're excited to write about, positively or negatively. Sometimes there are albums I know they'd be into, and I suggest those. A good example is that I knew Ezra Koenig from Vampire Weekend is very knowledgeable about hip-hop, so I asked him if he'd like to write about the Drake album. And he wrote a brilliant, hilarious piece of satire about it.

The interesting thing about this process is that the Talkhouse winds up being a very reliable index of the music that musicians are actually interested in -- as opposed to the music that the industry is hyping. So we'll get Luke Temple from the excellent Here We Go Magic writing about a real songwriter's songwriter, Cass McCombs, who isn't really a super-buzzy artist but is very respected by his peers. And that's one of the things that makes the Talkhouse special.

You're known for your books, but the Talkhouse is a frequently updated website. Which of the two formats do you enjoy more and how are they different for you as the person in charge?

It's apples and oranges. A long-term project like a book has its charms and a daily updated website is also really fun. Obviously, there's a lot of glory to be had by getting your byline on an acclaimed book. But writing is really, really difficult, and with the Talkhouse, I get to delegate that laborious and heartbreaking task to other people. With writing a book, you don't really have to depend on anyone but yourself to get the job done, which can be great; on the other hand, editing a website means you depend on other people to be diligent, and that can be great too -- when someone turns in a piece, it always makes me so happy that someone went through all the trouble of writing this thing, really putting themselves on the line because they're passionate about the music. So writing a book is about outdoing yourself, and editing is about helping other people outdo themselves. I love doing both.

How do you deal with the issues of quality control? Are you wary of writers who might just want to praise their friends? More to the point, have you ever had any writing turned in that you didn't want to publish?

Continue to the next page for more of our interview.

We're really strict about avoiding conflict of interest -- when I start talking with our writers about assignments, I make it clear that they can't write about people they know or are professionally connected to. That's essential to the credibility of the site. As far as quality control, the beauty of the Talkhouse is, nobody offers to write for us if they're not confident about their writing skills, so in that way our contributors are self-selecting. Sometimes, our writers turn in pieces that are pretty much perfect; other times, I work with them and go back and forth on edits until the piece is really strong, and they're always really pleased with the end result. That's one of the most satisfying parts of the job. That's worked out incredibly well -- the literary quality of the site is, if I do say so myself, outstanding. The Talkhouse is one of the best-written music sites on the web.

The Talkhouse piece where Lou Reed reviewed Kanye West was absolutely brilliant, and just last week Annie Clark's review of the new Arcade Fire album was linked everywhere. Do you know in advance what pieces will be popular with readers?

It's a pretty safe bet that the more famous writers will draw a lot of page-views, but often, lesser-known musicians will write a really strong piece that gets passed around a lot too, like Carey Mercer from Frog Eyes' incredibly moving essay about his battle with cancer. It's been really gratifying to see that quality writing really does get a lot of attention.

The current trend of open letters and public eulogizing would seem to indicate that many musicians are seeking for a proper outlet to express themselves. Do you think that we, as readers, find ideas to be more profound or worthy if when a musician writes about another musician? And do we like to read these reviews because they offer special insight, or is it because we can feel like we're getting a glimpse inside the writer's head?

I think the recent trend of open letters and things from musicians is due to the fact that lines of communication between musicians and their audience have opened up dramatically with the rise of the internet. In the old days, musicians could only make their feelings known either from the stage or in interviews. Now, they don't have to wait for a show or for someone to stick a microphone in their face -- they can just write something and put it up on the web. Musicians have this wonderful new(ish) platform, and they take advantage of it.

I would never say that musicians make better music critics. But they do make different music critics.  Musicians provide a unique perspective on music, since they know how the sausage is made, so to speak. And that's a highly valuable thing, especially in an environment where music commentary has exploded -- everyone is writing about music and it's hard to know who's going to say interesting, illuminating things. But if you see someone like Laurie Anderson or Ezra Koenig from Vampire Weekend or Rosanne Cash or Annie Clark or Duff McKagan writing in the Talkhouse, you just know it's going to be a great read. The other thing about musicians writing about music is that the pieces, more often than not, say a great deal about the writer's own creative viewpoint. So you're getting a really cool "twofer" with each piece. In his Talkhouse piece about Yeezus, Lou Reed had some fascinating things to say about his own music when he related his own experience to what Kanye West is doing. One way or another, that happens in virtually every piece in the Talkhouse.