Mike Cracchiolo Discusses the Ready Room, His New 800-Capacity Venue for the Grove 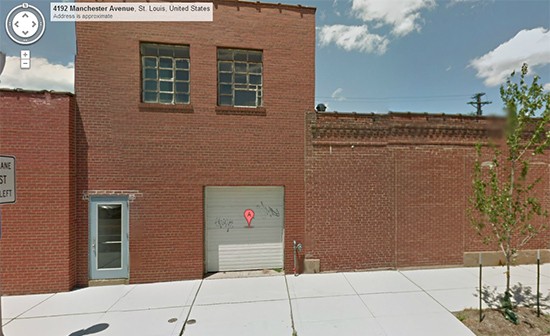 Heads up, music fans! As reported by Next STL last week, the Ready Room (4191 Manchester Avenue) will bring an 8,000-square-foot music venue to the Grove, projected to open in spring 2014. The concept comes from the Firebird's owner/talent buyer Mike Cracchiolo, who spent a brief stint booking at Cicero's and is currently part of the team that advises at the Demo, a Grove-area venue that opened last February.

RFT Music followed up with Cracchiolo to get some more insight into his latest project, which he says will be his biggest undertaking as a music promoter in St. Louis.

See also: The Demo: Management from the Firebird and Lola Team Up on New Venue

For the uninitiated, the Firebird specializes in primarily rock music and has hosted more than 1,000 eclectic shows since its inception nearly five years ago. Prior to the Firebird, the same space operated as the Bluebird for one-and-a-half years. Previous headliners rack up a pretty notable list that includes the Dead Milkmen, Mission of Burma, the Melvins, An Undercover Weekend, Best Coast, Boris, Big Freedia and Blowfly.

When asked what sort of direction he'll take with the programming at the Ready Room, Cracchiolo responds, "There's only so much that you can plan for. To some degree, you have to let the room and location decide what it wants to be."

"I learned that you can try to have a really strong hand on the wheel and make a lot of good decisions upfront, but there's a lot to be said about making the best room you can and seeing who can respond both in terms of artists and audiences," he says. "It's a multi-purpose kind of room appropriate for a number of different types of music. I'll tell you that we're not going to rule anything out."

Crachiolo hopes to attract a different breed of promoters to the new space and looks forward to being a part of the neighborhood's continual growth (i.e.: Urban Chestnut's plans to open a second craft brewery in the area).

The Ready Room's 6,500-square-foot main floor (with offices upstairs) will have enough space to accommodate 800 people -- double the capacity that the Firebird currently offers. How will the dynamic between the two separate venues work, exactly?

"I'm certainly not going into this thinking that we're going to take take content out of the Firebird and put it in the new room," Cracchiolo says, emphasizing that the Ready Room will have its own identity. "This is more about bringing in content that's not playing St. Louis -- that's currently skipping St. Louis."

He also notes that while it's primarily a show space, the larger room will also facilitate more event-based programming as well as private receptions and business events. Currently in its conceptualization phase, the reclaimed building that's primarily been used for storage in the past has a ways to go in terms of development, with designs by Space Architectural Design Studio. In short, the Ready Room's not nearly ready yet but appears to be a force to be reckoned with.

"In a lot of ways, it's just a continuation of what I've done at other venues," says Cracchiolo. "What has always been a strong motivator for me is bringing music to town that is going to make it exciting for people to live in St. Louis. In no small way, the thing that makes me work the hardest is the idea that I might be contributing to making St. Louis a more fun place to live."

The Ready Room will have a 1:30 a.m. bar that will potentially be open during weekends even when the show room is closed. More as we learn it.