Ten Things the Door Guy Hates About You

The Door Guy. He's seen and heard it all. Pukes puking. Bros fighting. Liars lying about the guest list to get by him. Drunks falling. Your "Turn up!" is his "Calm down!" Frankly, he hates you. Here are ten reasons why you can't blame him.

See Also: The Top Ten Ways to Piss Off Your Bartender at a Music Venue

Your Public Sex Seriously. It happens. And, ew. It's worst in big clubs with lots of nooks and crannies. Nobody wants to glance over to a private, discreet dark corner during their favorite band playing and see people banging. But people's definition of "private" and "discreet" get pretty loose by the end of an evening, and suddenly, that naughty turn-on you might experience finding a hidden spot to get dirty just turns into people averting their eyes and pretending they aren't seeing what they're actually seeing. For real. Ew.

But more important than the total ew factor is that when people go to bars and night clubs, they drink. And sometimes they drink until they make bad decisions, and sometimes they drink until they aren't capable of making decisions. Which means that when you and your special friend for the next five minutes get caught awkwardly trying to maintain an erection while not knocking over a barstool, any door guy or bouncer in town isn't going to know if what's happening is two people having consensual (but totally gross) sex or something else. Yuck. Don't do it. If you see it, tattle.

Your Impossible Expectations On the topic of tattling, the Door Guy is not omnipotent, and he cannot be everywhere at once. There's no such thing as instant response time, and sometimes things that shouldn't happen still happen. When it does, it is absolutely not a negative reflection on the venue or its staff. Random acts of oral or violence are exactly that -- random. 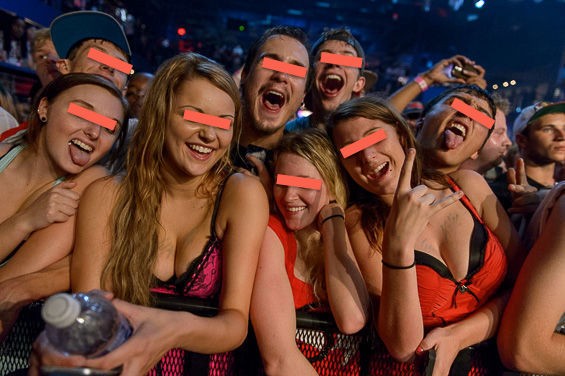 Your Icky Mouth It doesn't matter if it's the hottest day of summer or the deadest day of winter -- if your hands are full of your fixie's saddle bags or you're just trying to peel off seven layers of gloves, please, for the love of God, don't put your ID, your ticket, or your money in your mouth. Your mouth is not a convenient caddy when your hands are otherwise occupied. It is a disgusting germ factory full of filth. When you put something in it that is going to be in the Door Guy's hand five seconds later, yeah, THIS IS WHY THE HE HATES YOU.

Your Stinginess You're thirsty. You're ready to drink. It's a crowded show, you're really excited about the band, and you get a round for you and your two friends. You hand the bartender your credit card. She smiles and says, "You want to start a tab?" Quick hint: The answer is always yes. Do not ask a busy bartender in a nightclub or rock venue to run your card every time you order a round. You know you're having more than one drink. The bartender knows you're having more than one drink. This weird game of "Oh, maybe just ONE MORE" is just a passive-aggressive attempt to make it someone else's problem that ultimately, you cannot be trusted to drink a reasonable amount. Don't make your friendly bartender run your card six times. It kills fun. Why do you want to kill fun?

Your Need for Attention You're at the show to have a good time. Great. Cut loose, bro. But you constantly shouting "TURN UP!" is a red flag to the Door Guy that you need to calm down. You're basically broadcasting to the room that you've come out of the apartment tonight to be a nuisance. Which brings us to another reason the Door Guy hates you...

Your Puke Did you and your bros have dinner before you hit the rock show? No? Why didn't you eat something before you went to a hot, crowded room to drink for five hours? That's just common sense. 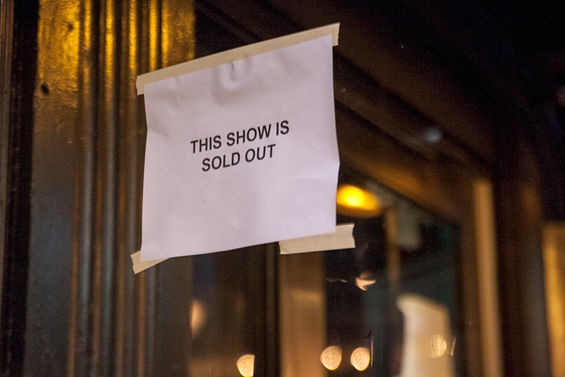 Your Dumb Music Questions Door Guy is much easier to talk to than a bartender. It's quieter at the door, and his job entails talking to people as they come in. And if you wander back over, he'll talk to you some more to be polite and give you a good customer experience -- as much as the busy line will allow. He'll even give you advice on your love life or plumbing, so feel free to check in with me, but please understand: He doesn't know anything about the music playing. A few bands play at Door Guy's venue every night. He doesn't know them all. He didn't read the band's Wikipedia page as research to get ready for the show. He will cringe if you ask him if the people onstage have more of a "classic psych" or "Americana" influence, and he certainly doesn't know when they're playing again.

Your Weak Game With some people, flattery will get you everywhere, but your flirting will not get you in the door. The Door Guy knows what game you're running. Explore your issues. You can be a whole person.