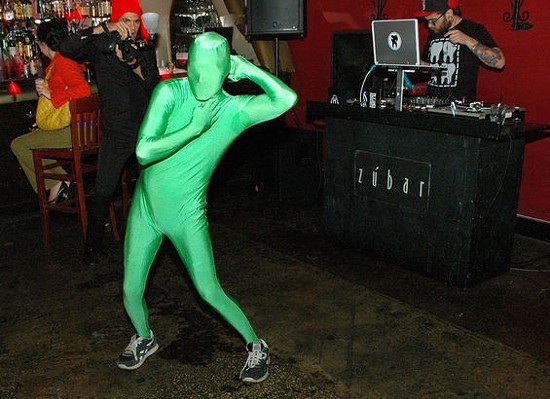 Halloween is here! Whether you planned that get-up for months or now have to scour the gutter for some tumbleweave to augment that makeshift costume, get on out and partake in some prime people watching tonight. Lots of local musicians went all out to dress up for one-night-only cover sets, and plenty of venues suit up for Halloween-themed parties and festivities. Still on the fence about where to go? Take care to avoid any wide-grinned jack-o-lanterns, double-fist as many fun-sized candies as possible and use that inevitable sugar rush to propel yourself into a sea of masked strangers at any of the following shows.

Nothing is Original: Halloween for the Punx 2013 w/ Bug Chaser (as MC5), Kisser (as Pentagram), So Many Dynamos (as Gang of Four), The Conformists (as Black Sabbath), Trauma Harness (as the Urinals), Black Panties (as Weezer), members of Doom Town and Life Like (as Crass), Times Beach @ Melt | 8 p.m. | free Tons of south city shredders come together to do their best-dressed punk and rock band impersonations. Besides the acts listed above, expect the unexpected. A secret set or two await, we hear, along with plenty of cameos from local musicians. The show's free, but bring some bucks to donate to a good cause: the Osteogenesis Imperfecta Foundation.

Cover Bands Halloween Show w/ Little Big Bangs (as Smashing Pumpkins), Corrigan Brothers (as Violent Femmes), Barely Free Partial Prisoners (performing '90s gangster rap), Pile (as Hole), Tit for Tat (as Beat Happening) @ The Heavy Anchor | 9 p.m. | free The Heavy Anchor turns into a time machine that channels throwbacks of lots of decades-old bands. Beavis and Butthead would have a field day with the majority of these acts and after a drink or a few, you will too!

HalloWEEN: A Night Celebrating the music of Ween w/ The Feed, Cree Rider, Sean Canan, Fattback @ Off Broadway | 8 p.m. | $10-$13 If you've never gotten to know Ween in the past, well, here's your chance (sort of). A group of local musicians get together to pay tribute to the recently defunct experimental rock band. Check out the video above to get a taste, and let the Feed and friends do the rest. 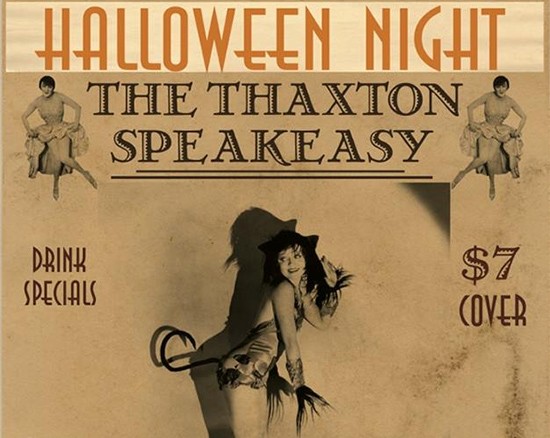 Swell and Swanky Halloween Hanky Panky Costume Party w/ Miss Jubilee and DJ Mark Lewis @ Thaxton Speakeasy | 9 p.m. | $7 Experience a completely different time warp with a themed party that harkens back to the roaring '20s. Miss Jubillee takes her brand of hot swing complete with dance lessons to the main floor, with DJ Mark Lewis spinning all night in the lower level lounge. Sip on some moonshine and bathtub gin and enter the costume contest.

But that's not all, folks! Below are even more shows. Let everyone know what other Halloween shindigs are going on tonight in the comments. 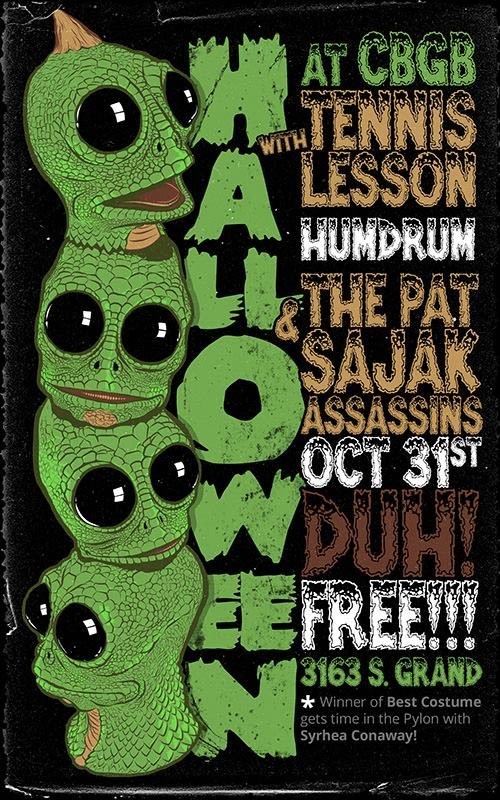