Here's Why Jandek Coming to St. Louis is a Really, Really Big Deal 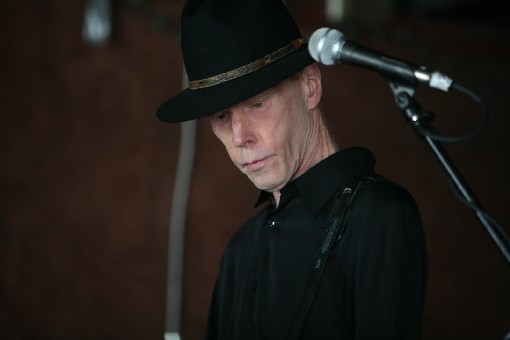 In case you missed it in this week's show announcements, Houston's Jandek is scheduled to play at Saint Louis University's Billiken Club on March 21, 2014. "Rare" doesn't even begin to describe what an event this is.

Usually consisting of one man (generally agreed to be Sterling Smith) and occasional collaborators, Jandek has released more than 70 albums since 1978 on the Corwood Industries label. Some of the albums have consisted of deep, morose blues, while others have included long spoken-word passages. For the first 26 years, there were no live shows, only two interviews and vague, cryptic clues as to who or what Jandek was. The mystique was such that there was even a 2004 documentary film, Jandek on Corwood, that fittingly did not include anyone from the Corwood camp. "You may not get all the answers you want," Jandek warned the documentarians in a handwritten note. "It's better that way."

Trailer for Jandek on Corwood.

Then, not long after the release of Jandek on Corwood, a man billed as "a representative from Corwood Industries" played a surprise show in Glasgow, Scotland. It must have gone well, as Jandek has played about 60 concerts since then, and released many of them on CD. Some have complained that this destroyed the mystique. However, every show so far as been different, both in terms of material and band lineup.

Sometimes a call goes out to local musicians; other times it's just one man at a piano. Thurston Moore, Mike Watt (Minutemen/fIREHOSE), John Darnielle (Mountain Goats), Tom and Christina Carter (Charalambides) and many others have served as temporary band members. For his first-ever hometown show, he perversely played at a bar with a funky rhythm section, sounding more like a jam band than a Worthless Recluse. Meanwhile, Corwood keeps releasing new recordings. The most recent, The Song of Morgan, is a nine-CD box set of solo piano works.

We have no idea what Jandek has prepared for the Billiken Club, but we can hardly wait to find out. Jandek may have stepped into the spotlight, but the answers still remain out of reach. Perhaps it really is better that way.

Information about tickets and set times still to come.