Six Girls I Dated and Why We Broke Up 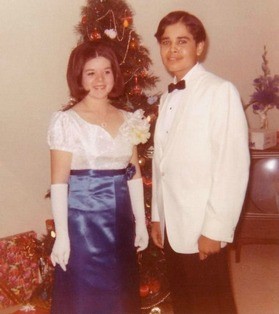 [Editor's Note: In this new column, award-winning music critic/goofball (and hip-hop coloring book purveyor) Shea Serrano writes about his life and times. Better put on your shoes because your socks are about to be blown off.]

I went running the other morning. I used to run all the time. I was in shape, and had a six-pack for a week. I then threw all of my shirts in the trash, which was not that smart.

Alas, now I'm sloppy and unhealthy. The buttons on my pants are always angry. So that's why I went running, and while I was doing so, Dustin-Prestige's album Dharma cycled on. The tape, which is very good, focuses on the dissolution of a relationship. It also got me thinking about about some of my own relationships that have withered away. So here they are: Six failed relationships.*

*Now, to be clear, I use the phrase "relationship" extremely loosely. Before I got married, there was a seven year period where I asked nearly every girl I saw to be my girlfriend. (If I asked 100 girls to show me their boobs, they couldn't ALL say no, was how I felt.)

Adrianna was the first girl I kissed. She wasn't very pretty but she was really good at basketball, which was more important to me back then. ("I don't care that she's got a cloudy eye, bro. She's absolutely devastating in the pick and roll.") Also: She didn't scrunch her face up like she was staring at the sun when she looked at me. That's how I knew it was love.

Ours was a relationship of convenience. She was spending the night with a friend who lived next to my uncle, and I was spending the night at my uncle's. So I snuck over at night and stood at the window of the bedroom they were in, staring like a total weirdo. (It was not nearly as romantic as it sounds. There were definitely a lot of mosquitoes.) Eventually, her friend dared us to kiss. We did, although it was mostly banging teeth together. A sad start to my love life, but a propros for my eventual lovemaking style.

Why we stopped dating: We never actually started. I never really talked to Adrianna again after that first evening. I definitely told everyone she was my girlfriend though. But then we played against each other in this co-ed basketball tournament and Adrianna lit us up for, like, 60 points or something. After that I was like, "Man, you know what, Adrianna, this just isn't gonna work."

Elisha was slightly droopy-faced and way too thin, but was a cheerleader, and everyone seemed to like her. She had one big mark against her though: She was white. At a school nearly exclusively Mexican, you definitely don't want to be the only white person. Elisha was clever though. She always kept a boyfriend, and eventually it was my turn. We never kissed or held hands or hugged or even really talked, but she told people that she was my girlfriend and that was good enough for me.

Why we stopped dating: Our relationship began right before summer vacation. When summer came, she moved to Kentucky. I mailed her a letter once. It was never answered. This other cheerleader (Renee') told me that she had a new boyfriend. Worse: He wasn't Mexican. Worse still: They held hands.

Angie was not very tall, thin, or pretty, which worked for me because at fourteen I weighed about 90 pounds and 85 of those pounds were in my head and front teeth. She invited me to the movies once, with her older sister and her boyfriend, so it was a proper double date.

They picked me up and Angie and I were sitting in the backseat. When we arrived, the older sister's boyfriend parked the car, and then the older sister leaned in to kiss him. Angie leaned in to kiss me, too -- it was like they'd planned that shit. But I guess they hadn't planned to brush their teeth beforehand. Angie's mouth smelled exactly like the sauce that Burger King puts on Whoppers.

I pulled back and pretended I didn't know what was going on. I asked her about the Spurs game.

Why we stopped dating: She told me she'd cheated on me with a guy at the zoo. The zoo, bro.

Bonus: The guy from the zoo lived two houses up from me. The summer of ninth grade, I was outside playing basketball. She came driving up and parked at her new boyfriend's house. She walked over to his window, knocked on it, then climbed in. (His mom was there, it turns out, and they were being sneaky.) Twenty or so minutes later she climbed back out, walked to her car, then drove away. Then the guy came outside and told us that they'd just had sex. Huh.

Crystal and I lasted exactly one date, and I'm pretty sure that was just so she could get near my friend Miguel, who was considerably more cool, handsome, athletic, and popular than I.

Why we stopped dating: I decided we needed some space. (After two weeks of her not returning my calls.) She started dating Miguel shortly after. When he broke up with her she decided it was my fault and spent a good four or five months hating me. I told people it was because I never called her back. That's a little thing called turning lemons to lemonade.

Laura was Crystal's younger sister, which I did not know beforehand. If I'd have been a man of integrity, I'd have said, "Oh. No, we can't do this, Laura," when I found out. Instead I said: "Oh. Tell Crystal I said what's up. And that you're prettier than she."

Why we stopped dating: Because she was Crystal's younger sister.

One day, I snuck out of class to go see Melanie while she ate lunch. It was going to be a very player move. But on the way I saw this other girl I was into. So I'm walking towards Melanie and she looks right at me but then the other girl walks by and I just cruise right the fuck past poor Melanie and begin harassing the other one. It was not that great of a thing to do.

Why we stopped dating: Afterwards, when Melanie confronted me, I was like, "Man, I didn't even see you. My fault. Hey, wanna go to Taco Bell?"

Pro tip: If a girl is pissed at you, do not ask her to go to Taco Bell.