The Ten Best Shows in St. Louis This Weekend: October 25 to 27 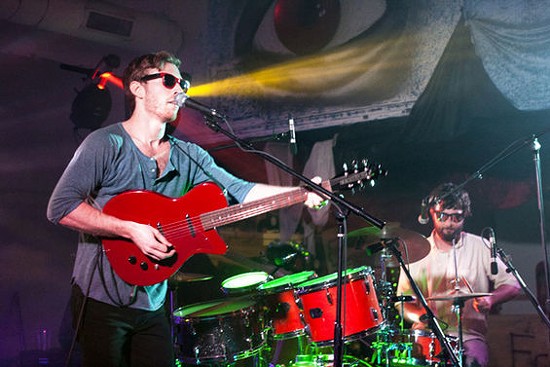 This weekend, take advantage of the fact that it's perfectly acceptable to leave the house dressed up as whatever you want. Halloween's still a week away technically, but no one's going to judge preemptive costume enthusiasts unless it's part of a contest. InFest StL 4 hits four Cherokee Street venues this weekend and encourages ghoulish garb. The same goes for the Guitar Dog Halloween party down the street at Livery Company. Choose a character wisely while attending any of the following shows, but most importantly: Get out of the house this weekend!

This Friday, Animal Collective invades the Pageant, New Music Circle welcomes William Parker's In Order to Survive and Doom Town releases a record. Click on the links to learn more.

JJ Grey & Mofro w/ Revivalists @ The Pageant 8 p.m. | $22.50-$27 JJ Grey & Mofro is a combination of soul, funk, blues and Southern rock and comes welcomed by KDHX. See what they had to say about the upcoming show in an interview with Grey here. (MS)

M. Doughty of Soul Coughing, InFest StL #4 and Scuzz Fest occupy south city on this night. Click the links to check out previews for these shows.

Dead Waste w/ Life Like, Nos Bos @ CBGB 9 p.m. | $5 Ever wonder what black metal and New Order sound like mashed together? Ok, ok, so maybe that's not the most enticing mash-up, but it's what synth-punks have tagged themselves as on their Bandcamp page. Check out a track called Contagion from their 2013 album to get a better taste, and catch them Sunday night if you're not quite ready for the weekend to end. (MS)

Young the Giant w/ Grouplove @ Plush 7 p.m. | $50-$100 This concert benefits TASK: Team Activities for Special Kids, so if indie's your thing, rock out to a good cause! Hear some tracks from California's Young the Giant via its Soundcloud. (MS)

Also on Sunday, Death Angel performs on stage at Fubar.