It's a good time to be a metal fan in St. Louis. No, not because of the corporate metal shows that roll through Verizon Wireless Amphitheater each summer (although Iron Maiden is welcome here any time), but because of the breadth of local musicians who are forming bands and playing songs right here. Some of the best metal shows of 2013 have been filled top-to-bottom with locals, and while nights like the one recently when St. Vitus (out of California) played the Firebird and Antichrist (Sweden) played Fubar still piss excellence, local heavy metal is what should get you out of the house. This year, the RFT named Black Fast as the best St. Louis metal band, but there are more bands you should check out, too. So here's our rundown -- in no particular order -- of nine other St. Louis metal bands to watch. 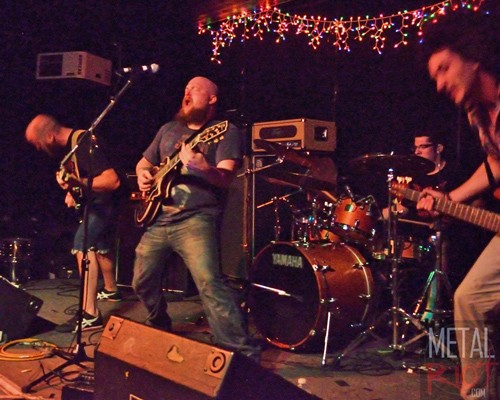 The Gorge is one of the Midwest's best metal bands. Whereas Meshuggah clones and djent worshippers try to sweep their way over 5/4 time signatures, the Gorge uses technical complexity to actually write songs. Few in the genre match its songwriting ability, due to the fact that the band is filled with educated musicians, not twenty-year-old kids with swoopy hair and eleven-string Schecter guitars. Having just returned from tour, the band is tighter and heavier than ever. The Gorge isn't just a good metal band -- it is a great band regardless of what label you affix to it. -- Kenny Snarzyk

Satan-worshipping, blackened thrash metal. That's all that really needs to be said about St. Louis' Bastard. Formed in 2012 out of the now-defunct Harkonin, and featuring members of Tyranny Enthroned and the Lion's Daughter, Bastard has quickly become a favorite among metal enthusiasts and musicians alike. Bastard, too, is a suitable moniker for this hell-child of Bathory and Motörhead; this is the audio equivalent to cutting your whiskey with the blood of a two-headed black ram and then mainlining it. Watch these gentlemen steal the spotlight at nearly any show they play. All hail Bastard! -- Kenny Snarzyk

Terra Caput Mundi bangs out midtempo speed metal from a distant north-county galaxy. One can only assume that the band was formed two days into a malt-liquor-fueled game of Warhammer 40k while listening to Port Royal and Don't Break the Oath. Great riffs are played loosely under ambitious vocals that are reminiscent of a slightly inebriated King Diamond. This stuff is for metal purists who aren't looking to be trampled by 300 bpm triggered drums and Cookie Monster vocalists. 2013 saw TCM's new full-length, Lost in the Warp, which is the band's best work to date. -- Kenny Snarzyk 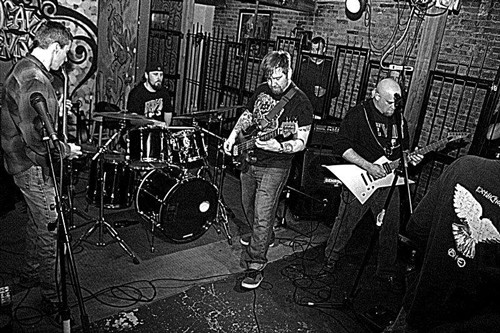 Since 1989 Belleville, Illinois' Animated Dead has been playing a classic style of death metal uncompromised by trends in the metal world. This is pure neanderthal rage, reminiscent of Benediction and early Morbid Angel. Animated Dead is easily one of the best death metal bands in the region. The band recently released a full-length, Tombs of Carnage, on Necrotic Records/Sevared Records and has a handful of upcoming shows, including an opening slot for death-metal legends Obituary at Fubar. -- Kenny Snarzyk 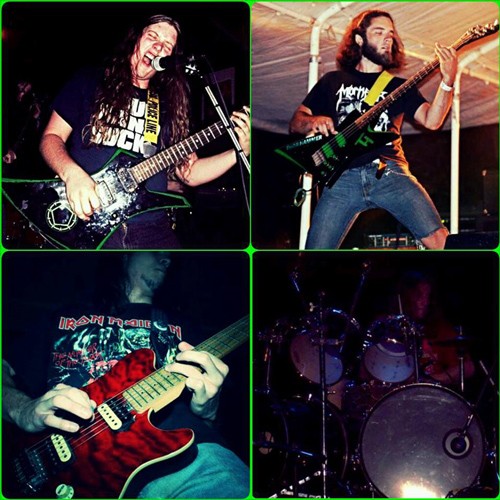 ThorHammer came out of nowhere a couple of years ago and blew us all away with its 2011 Krusade demo. These young gentlemen did their homework and stabbed St. Louis in the heart with a nuclear spear. This is classic thrash metal at its finest, with a nod to the new wave of British heavy metal. ThorHammer hasn't been playing many shows this year, as members are lending their abilities to other local bands, but we've seen recent photos on Facebook that reveal the band is recording a new record. One that will be sure to satisfy even the most fastidious metal snob. -- Kenny Snarzyk 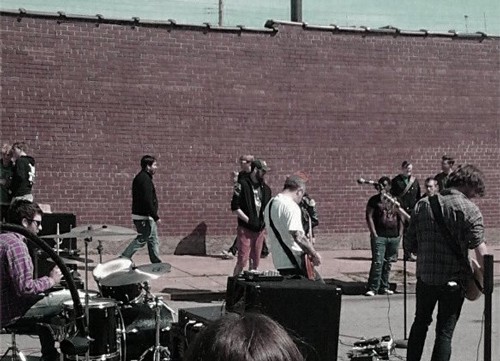 Formed just last year, south St. Louis' best-kept secret Grand Inquisitor has been leveling unsuspecting ears as the local support for many touring acts. This year the band recorded with Gary Copeland at South-Fi Studios, releasing a four-song demo that shames many established bands' finest efforts. Forget the Midwest, few guitar players in the world can match Graham Collins' riff-writing ability and ear for tone. That's what sets Grand Inquisitor apart from the rest: killer song writing, beautifully written riffs and damn, that tone is something out of a dream. -- Kenny Snarzyk 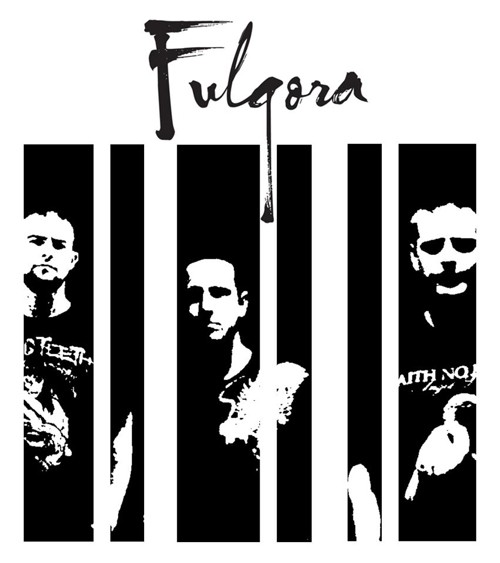 Fuck. Fulgora is amazing. For a band that rarely plays locally, it has gained serious national attention. Releasing a seven-inch record earlier this year on Dischord Records (yes, Ian MacKaye's record label), the band punishes the listener with Brandon LaMew's dizzying riffs and stunning drum-work by the bulletproof Adam Jarvis. A recent addition to Fulgora's Bandcamp page is a brand-new song. Clocking in at just under three minutes, Fulgora has produced yet another masterpiece. Do yourself a favor and check this band out right now. -- Kenny Snarzyk 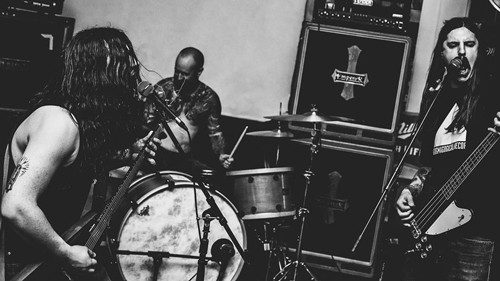 Fear. Dread. Undistilled evil. These are the themes that would still come across throughout Fister's Gemini even if it were an instrumental record. It is all black-metal gnarl and gritty sludge, guitars feeding back at every breath and a bass tone that sounds like Satan's taint. It is the kind of record high school kids hide from their parents and college dropouts use as trays to roll joints. St. Louis' premier doom trio long ago earned its reputation as a must-see act; Gemini makes it easier to show the band off to the rest of the dark universe. -- Ryan Wasoba 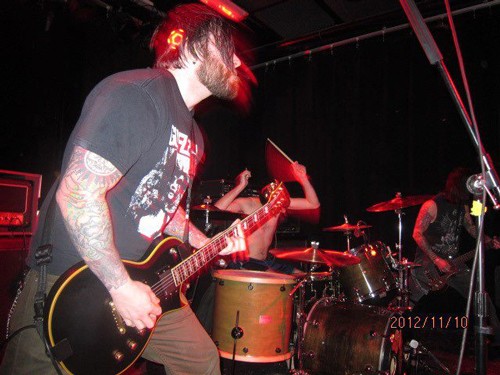 The members of the Lion's Daughter claim no specific subgenre: They simply play metal, and they play it well. Hints of influence by Neurosis, Craft, Darkthrone and the Melvins peek through, while the music gets heavier with each release. Never satisfied, the trio is constantly working on improving its already near-perfect design, delivering a live show that is absolutely punishing. The Lion's Daughter has an upcoming split release with the local folksters of Indian Blanket, which will undoubtedly alienate a lot of the metal purists who have come around over the last few years. And you can bet that the band doesn't give a shit. -- Kenny Snarzyk

The members of Black Fast don't play games; they play metal. Blistering, bludgeoning, no-holds-barred metal. The band's latest, August's Starving Out the Light, nimbly hopscotches through subgenres while maintaining an impressive technicality throughout. The lightning-quick guitar work by axmen Trevor Johanson and Aaron Akin is particularly noteworthy, as is Akin's unique, scorched-earth vocals. This is the music that the metal nerd who spends every waking moment sitting on the edge of his bed with a guitar in his hands dreams of playing. Black Fast's hyperfocus on musicianship -- as opposed to petty nonsense like self-promotion -- is paying off: You can hear the 10,000 hours of practice in each expertly executed riff and fill. -- Daniel Hill