Heavy-Metal Fashion Report: The T-Shirts of the Pointergeist 2013 Show 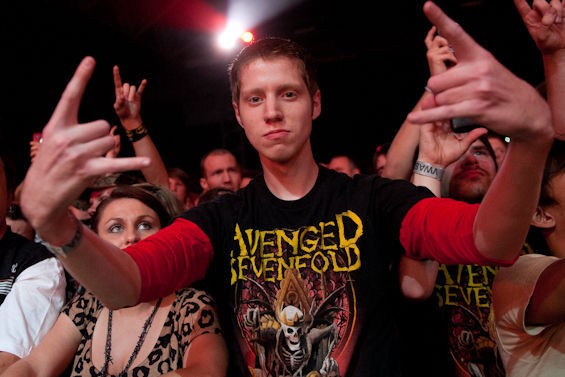 The Point's (105.7 FM) Pointergeist show closed out the concert season for Verizon Wireless Amphitheater on Saturday night with performances by Avenged Sevenfold, Deftones and Ghost B.C. And while heavy-metal fashion used to be defined by bullet belts, tight black jeans and generally looking like Lemmy from Motörhead, today it's just as much about the T-shirt you've got. Photographer Jon Gitchoff brings back these images of the shirts of the show, with headliners Avenged Sevenfold getting much of the love. 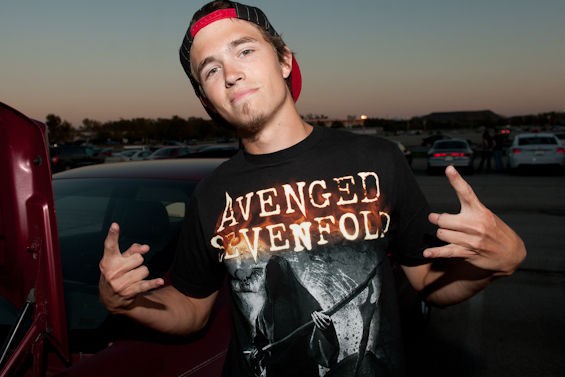 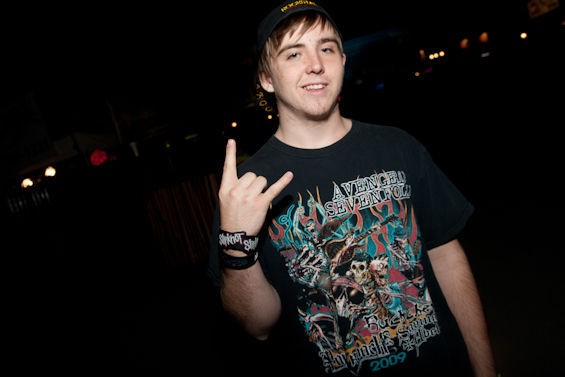 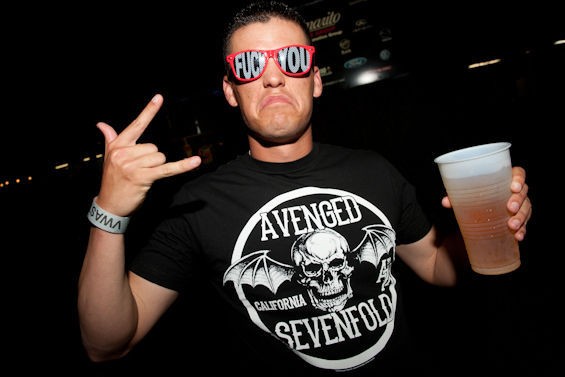 There were also more than a few Pantera shirts:

And a few more memorable shirt designs we saw: