Union Tree Review Returns Even Stronger than Before 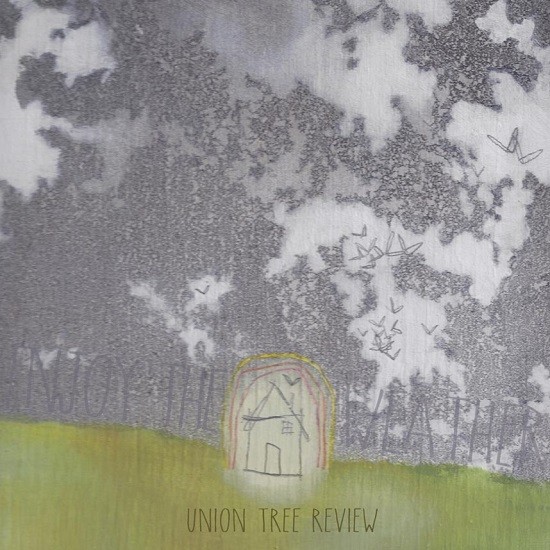 If you've ever wondered what became of Union Tree Review, that promising sextet with the right mix of creative intensity and local scene connections, here's a little recap: Since the 2011 release of Death and Other Forms of Relaxation, the band has toured regionally, survived a significant implosion that saw the exit of three members, and emerged with a new lineup and five-song EP in tow.

Singer/guitarist Tawaine Noah remains the centerpiece of UTR, and along with original member Jordan Howe (guitar) and Jennifer Rudisill (viola), he has put together a set of songs made up of gentle orchestrations, minor-key melodies and the kind of twangy, brooding numbers that sound perfectly pitched for fall season. The EP may be called Enjoy the Weather, but Noah and company don't promise a whole lot of sunny days. Meteorologists would call it partly cloudy.

On this release Noah pulls back from some of the cathartic moments that tried to substitute volume for emotion; he sounds best when he surrenders just enough control to the swell of the music and the accumulative weight of his words. Even the simple, seesawing coda of opening track "In a Puddle" uses repetition as an effective crescendo.

Rudisill's viola serves as a second voice on these songs, while Howe keeps his guitar mostly out of the way (though his chiming intro on "Skeletons" has the charm of a slowed-down R.E.M. riff). The sound quality of the recordings is a slight step above homemade demos -- the vocals often get buried when they should be the linchpin for all of these songs, and some errant tuning on "We Sink" is just distracting enough to wish for a redo.

That tossed-together bonhomie is much more effective on closing track "Clouds," which is bolstered by group vocals from what sounds like a tavern full of friends and lovers. It's also the one time where Noah fully commits to his voice's potential. He gets more confident as the EP rolls on -- remember, this is a guy who more than honored Marvin Gaye with a memorable Under Cover Weekend performance, backed by a band that never exactly gave off a whiff of Motown soul. This brand of soul, though, is a little more subtle and a little more wounded, and that makes for a slow, rewarding listen for a band that has come out of a reinvention stronger than before.

Listen to a track from the new record below: