Six Nu-Metal Bands You Shouldn't Be Ashamed To Like 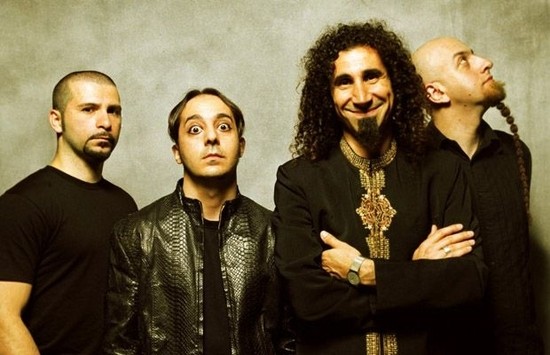 There's a lot of bad music out there. There are always people debating genres like contemporary country & Western and top 40 music, but at the end of the day, the most reviled and defenseless genre of all is nu-metal. Too whiny to be intimidating and too dumb to be complimented on its wimpiness, nu-metal is generally not much more than a relic of the '90s and early '00s that we're all still trying to forget. It's hard to get people to take you seriously when they find out that you genuinely enjoy the stylings of greaseballs with seven-string guitars. Believe it or not, though, some of these oft-maligned acts actually have some talent, and are worthy of a little appreciation. In keeping, we've produced a modest-size list to encourage people to get down with the sickness*.

*Note: Disturbed is not a nu-metal band you should ever admit to enjoying.

See Also: The Ten Most Metal Deaths of Metal Musicians

The singer looks like the Slim Jim mascot. The band was indirectly formed by the Smashing Pumpkins' Billy Corgan. Its former guitarist was jailed for kidnapping and sexual assault. You could say that Static X has the odds stacked against it as a band. So why does it make this list? Because of 1999's Wisconsin Death Trip -- an album that tapped into the huge nu-metal groove while still remaining tight and catchy. The result is a musical force akin to slamming a 24-pack of Mountain Dew and then abruptly having a seizure. On weed.

While it's hard to say how the flimsy garment worked with their chain-wallet sporting fan-base, the members of KoRn should be honored for their great societal advances in the art of wearing tracksuits outside of New Jersey. Led by Jonathan Davis (the only man still sporting eyebrow piercings in 2013), this crew of Californians stomped through the CD players of every single self-pitying seventh- and eighth-grader across America with 1994's self-titled record. It sucked. However, KoRn eventually dropped some of the contrived cheesiness and embraced a more melodic approach on some of its mid-era albums like 1999's Issues and its 2002 record, Untouchables. You'll still get made fun of for listening to angst-anthem songs like "Falling Away from Me," "Here to Stay" and "Thoughtless," but be bold and fearless like the thirteen-year-old dreadlock monster walking through the jock hall that you once were.

Don't ever apologize for enjoying System of a Down. It is like a contemporary Armenian version of the Dead Kennedys. Yeah, that's right, I just said that shit.

Hard to believe, perhaps, but Slipknot is likely the heaviest band to ever sell out entire arenas. Yes, the costumes are gimmicky and singer Corey Taylor whines and moans through about half the songs, but when you consider how angry some of the material is, it becomes easy to overlook that the band kind of sucks. It's an honest mistake to make, and as such, you should never feel ashamed for liking Slipknot. And in the event that you still feel bad, you can take solace in the fact that multiple members of Slipknot started off in the repugnant Minneapolis "pornogrind" outfit Anal Blast. (R.I.P. Don Decker.)

Look at that barcode next to that human spine, eh? Very "balding dude with nappy long hair standing around by the mall water-fountain" style of art, right? Anyway, Fear Factory began as a fairly accessible metal band that provided a gateway for young struggling metalheads to get into more aggressive forms of music. With origins firmly planted in industrial and death-metal music, the Los Angeles quartet made a name for itself through the punishing record Demanufacture, an album that could be credited for starting the whole "I'm gonna yell during the verses and sing through the choruses" thing that still remains a defining characteristic in bad radio metal today. Regardless, the album still crookedly props itself up a little higher than the rest in the realm of the despised nu-metal genre.

On a personal note, I have a friend who once got fired from his job at a pizza restaurant for making fun of Fear Factory when the members came in to eat. I also once texted the singer over and over again, insisting I was Wes Borland from Limp Bizkit.

Tool is a nu-metal band.

I saw Tool once, but I spent the entire show smoking some homemade hash which was scraped from a pan lined with the cancer-associated substance known as Teflon. I got sick and was the only person sitting down in the entire arena. It was the most nu-metal thing I have ever done, and it serves as proof that Tool is a nu-metal band.

- Tool's singer is bald, and the band has toured with Rage Against the Machine. - Tool's members collaborated on various songs by Isis, which is a band that people who used to listen to nu-metal go on to listen to later. - Tool's singer also makes wine, which is a beverage that Marilyn Manson drinks. Marilyn Manson has toured with a lot of nu-metal bands.

Therefore, Tool is a nu-metal band. Cry about it on your way to your community-college sociology class as you comb your goatee.