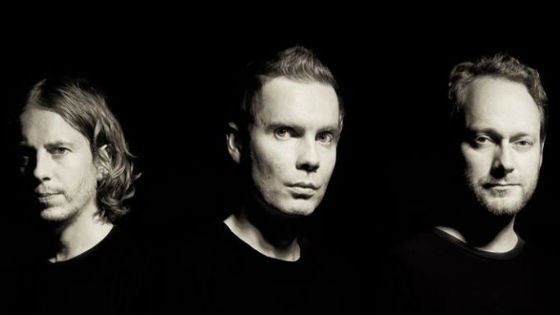 It speaks to the primal power of Sigur Rós' sound that the Icelandic band has never needed to abandon its native Icelandic tongue (except occasionally for the invented gibberish variant, Hopelandic), much less yield to pop song constructs, to find success.

For about fifteen years now, the group has channeled an original sonic aesthetic often associated with post rock, a genre pioneered by mostly instrumental indie outfits like Tortoise and Mogwai. But even that tag does not come close to doing justice to the deep emotional complexity of Sigur Rós' music, which often drifts toward elegiac, soaring heights of majesty.

Horns, both mournful and brilliant, accentuate the songs, as do soul-stirring strings and heartbreaking piano hooks. The band employs electric guitars at all levels, from screeching feedback to rumbling ambiance. And frontman Jon Thor Birgisson, AKA Jónsi, often breaks out a bow to drag across his guitar, creating Sigur Rós' signature, sweet rumble.

Then there is Jónsi's voice, which hardly an American can understand. (He even once sang in the aforementioned non-language, Hopelandic, on an album called () with no song titles.) And yet, his crooning has been known to bring people to tears at concerts.

That nearly untitled record saw release in 2002 and followed the band's breakthrough, 1999's Ágætis Byrjun. Drummer/percussionist Orri Páll Dýrason joined the group during the recording of "the brackets album," as he calls it.

Speaking via phone just before a rehearsal session in Philadelphia, he says the simple key to Sigur Rós' music is a shared abstract vibe that he, Jónsi, and bassist Georg Hólm have cultivated over the years. "I never thought about what it represents other than it's something that we like, and if other people like it as well, then that's a bonus," he says. "It's just something we really like doing together."

The recent departure of longtime keyboardist Kjartan Sveinsson ahead of the recording of the band's seventh album, Kveikur, posed a bit of a challenge. As can be heard on the new record, released earlier this year, Sigur Rós has virtually given up on the keys.

"The piano player took the pianos," Dýrason notes. "He left the band, so there's only piano in two songs," he adds with a laugh. "He wanted to leave the band, and that's why there's less piano. But we all play a little bit of piano, but not nearly as good as Kjartan, so we try."

But Dýrason insists the split was amicable. "It was all on good terms," he says. "We are really good friends. He just wanted to do other stuff, and it's good that he decided to do that instead of hang around in a band that he didn't really want to be in."

Coincidentally, Kveikur is also one of the band's least delicate albums. It even opens with an industrial-like thud -- not that experiments in percussion haven't always been an important aspect of Sigur Rós.

For example, Dýrason says he sometimes places his cymbals directly on top of the drums to create a unique sound. However, one of his strangest percussive creations has never made it on a record. "Once, I created a drum kit, I went to Salvation Army and got lots of pots and stuff, and Jónsi's dad is a blacksmith, and he built this drum kit out of pots and pans, but we never used it on a record, actually. It sounded pretty bad," he notes with a laugh.

Another one of Sigur Rós' more unique instrumental inventions, though, played a key part in some abstract music created to accompany a dance piece, Split Sides, by the great experimental dance pioneer Merce Cunningham in 2004. Titled "Ba Ba Ti Ki Di Do," referring to the only spoken sounds in the dance, the band's composition features a distinctive creaking sound. "We had like custom-made music boxes," Dýrason explains. "We made them instruments out of ballet shoes. It was those two things."

Dýrason reveals that the trio's backing band has nearly quadrupled in size to reproduce the intricacies of its evolved sound for the current tour. "Live, we are 11 on stage," he says, "the three of us and a piano player and other guitar players. I hope you will like it."