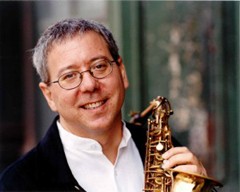 With firm roots in St. Louis soil, New Music Circle stands proud as the city's oldest group of its type. Exploring sound while focusing on live performance, NMC brings artists of jazz, noise and contemporary composition to St. Louis with an emphasis on locations.

Beginning in 1959, NMC has spent over 50 years providing the area with such luminaries like John Zorn, Joe McPhee, Peter Brötzmann and Chris Corsano, among countless others. By crafting a show with setting in mind, NMC exceeds in delivering an experience beyond the sound. Rather than staying confined to one place, the group takes a nomadic approach -- a major advantage for experimental music.

"Pairing up with new and exciting venues is a key component of this year," says Jeremy Kannapell, NMC Program Coordinator and Producer. This season takes NMC into the Mad Art Gallery, Joe's Cafe and the Pulitzer Foundation For The Arts among other venues. Each space is specially paired with an appropriate artist, elevating every event into an experience above the standard concert or show.

On October 4, NMC kicks off its 55th year in motion with Marty Ehrlich and his Rites Quartet. A former student at U. City High School, Ehrlich returns decades later as a renowned performer, composer and teacher with an ensemble featuring the revered James Zollar (trumpet), Michael Formanek (bass) and Michael Sarin (drums). Ehrlich's past collaborators include Anthony Braxton, John Zorn and namely, Julius Hemphill.

"The Rites Quartet is inspired by a recording Julius Hemphill put out," says Rad Widmer, NMC Music Committee Chair. Ehrlich's music recalls an active, creative time in St. Louis' past, informed by Human Arts Ensemble and Black Artists Group, among others. Widmer continues, "I still hear something about that St. Louis background in his playing."

The concert takes place at The Kranzberg Arts Center this Friday at 7:00 p.m. A special discussion with Ehrlich will occur Thursday night at the Regional Arts Commission at 7:00 p.m. Hosted by Dennis Owsley of St. Louis Public Radio's Jazz Unlimited. This event is free and open to the public. "Extended visits and workshops are a priority for us this year," Kannapell says. These discussions are designed to maximize each artist's stay in St. Louis, providing the public with a chance to pick the performers' brains. Workshops can include additional performances, but are usually open content-wise and free to the public.

The series continues later this month with William Parker's In Order To Survive, an ensemble with Hamid Drake (drums), Rob Brown (saxophone), Lewis Barnes (trumpet) and Cooper-Moore (piano). Notable for his work with the Cecil Taylor Unit through the '80s, Parker will bring his quintet to the Mad Art Gallery on October 25 with arguably the most star-studded line up this season. Expect a powerful wall of horns and keys, peppered with brain-shaking percussion.

On November 15, catch an audio and video mash up of warped imagery with equally bent electronics at the Contemporary Arts Museum St. Louis. Chicago sound artist Olivia Block leads Sandra Gibson and Luis Recoder, who build and deconstruct "live cinema," merging a wired collage of sound with equally involved visual output. Block blends natural texture with a digital rip, forming a positively brain bending wash of nuanced noise. The venue will host a day time workshop the following day, where the trio is set to reveal their singular approach in great detail.

Following a timely winter break, NMC plans to warm up winter with Joshua Abrams and his Natural Information Society at Joe's Cafe on February 22, 2014. The Chicago native wields the guimbri, a three-stringed animal hide bass. With past collaborators like Jandek, Tortoise and Bonny "Prince" Billy, Abrams applies a hypnotic tone behind a streamlined and energetic sound. Think kraut-rock that brilliantly clings to varied, ethnic sounds.

See also: After 52 years, the New Music Circle still lives up to its name

NMC welcomes 2012 MacArthur Fellow Claire Chase to the Pulitzer Foundation For The Arts on April 4, 2014. The flute soloist will perform within her Quintet and precede the performance with a special workshop on April 3. NMC plans to cap the season on May 20, 2014 with the NMC Showcase, featuring Ingrid Laubrock (saxophone), Tom Rainey (drums), Tyler Damon (drums) and St. Louis native N.N.N. Cook (electroacoustic sound). The venue remains a mystery, but given the scope and focus applied to each show this season, expect a pleasant surprise in the following months.