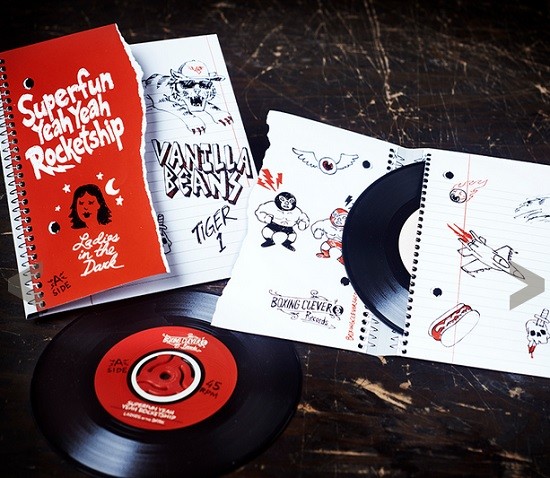 The end of September may be a tad too early for taking stock of 2013's trends and movements, but even a cursory look backward shows our city's renewed love of the split 7-inch. The Tower Groove Records collective launched its ambitious monthly series, while Tim Rakel's Extension Chord Records kicked off with a series of splits in time for Record Store Day in April. So it felt (almost) natural when the downtown ad and design firm Boxing Clever announced that it, too, would be releasing a series of splits.

The company has some music-cred bona fides; it regularly designs the posters for Vintage Vinyl's in-store performances, some of which rank among the best show posters of the past few years. The packaging for the initial three releases is impressive -- letterpress printing, quasi-gatefold sleeves, intricate design and even colored vinyl on a few of them. (That gatefold sleeve may be a case of form over function, though -- you have to get your grubby, greasy fingers on the wax to loose it from its pocket.) 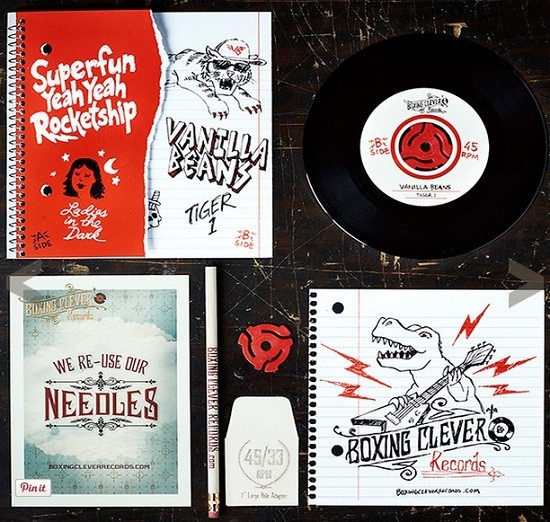 The 7-inch series is both a passion project for the company and a way for them to curate these platters, which have so far drawn artists from London, Chicago and San Francisco. For its second release, though, St. Louis' Superfun Yeah Yeah Rocketship and the Vanilla Beans each get a side of the 45.

Corey Goodman's long-running Superfun project has moved away from making exclusively geek-culture references, though his party-starting tendencies haven't waned. Kicking off with a beat lifted from "It's Tricky," he and guitarist Christopher Eilers work through some light paranoia that's cut with a little errant sexiness. Eilers returns on side B with the Vanilla Beans, who are similarly danceable but hold up better on repeated listens.

Ani Kramer's sweetly naïve synth line squeaks and squelches above a lockstep dance floor pattern laid down by the rhythm section -- it's a kind of rudimentary Factory Records/DFA vibe that is charming overall. Andy Garces manages to ground the light-touch funk with some gravity in his delivery, helping make the song catchy but not fluffy. Taken together, these tracks are a few fun, lo-fi cuts on some high-grade vinyl, and that dichotomy is probably just about right for Boxing Clever's new endeavor.