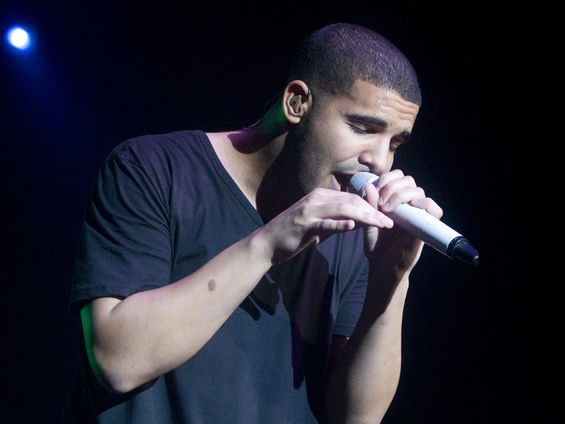 Word arrived this morning that Drake's St. Louis concert with Miguel has been pushed back to Wednesday, December 11 at the Scottrade Center, "due to an intense rehearsal schedule and technical production requirements that will be part of the show." The show was originally scheduled for October 8.

All tickets bought for the October 8 show will be honored at the December 11 show, according to a statement e-mailed this morning from Live Nation. A full rundown of the schedule changes is below.

On the next page is the full press release:

DRAKE TO APPEAR ON THE ELLEN DEGENERES SHOW, CHELSEA LATELY AND BET 106 & PARK IN SUPPORT OF NEW ALBUM "NOTHING WAS THE SAME" OUT SEPTEMBER 24TH

Drake's "WOULD YOU LIKE A TOUR?" Announces New North American Tour Dates Kicking Off October 18th

TORONTO, ON (SEPTEMBER 20, 2013) - Grammy® Award-winning, multi-platinum selling, recording artist Drake will make several national TV appearances in advance of the release of his highly anticipated new album NOTHING WAS THE SAME out September 24th on Cash Money/Young Money/Republic. Drake will be a guest as well as perform on The Ellen Degeneres Show on Friday, September 20th performing the hit single, "Hold On, We're Going Home." Drake will join Elliott Wilson for a one-on-one interview for CRWN on Sunday, September 22nd at NYU's Skirball Center. He will also be a guest on Chelsea Lately on Monday, September 23rd and host a "Drakeover" of BET 106 & Park on album release day, Tuesday, September 24th before making an instore appearance at Best Buy at 622 Broadway in New York. Drake will also perform at the sold out iHeartRadio Music Festival at Las Vegas's MGM Grand on Saturday, September 21st.

Drake followed up his MTV VMA performance last month with an appearance last week on Late Night With Jimmy Fallon, where he premiered the track "Too Much" featuring Sampha from NOTHING WAS THE SAME. Watch that performance HERE. The album is available for pre-order now at iTunes.

Drake has also announced newly rescheduled North American tour dates for his "WOULD YOU LIKE A TOUR?" due to an intense rehearsal schedule and technical production requirements that will be part of the show. The tour will now kick off October 18th in Pittsburgh, PA at Consol Energy Center. Following the release of NOTHING WAS THE SAME, Drake will embark on a 39-city North American "WOULD YOU LIKE A TOUR?" arena tour. Concert dates in Saskatoon, Winnipeg and Cleveland have been cancelled as a result of the rescheduled dates. Refunds for cancelled dates are available at point of purchase. The tour will feature Grammy® Award-winning rising R&B star Miguel, who will support on all dates and feature special guests including rapper Future. Tickets for the Live Nation produced tour are available now at LiveNation.com and Ticketmaster.com.