Here's a Look at the Punk T-Shirts of Riot Fest 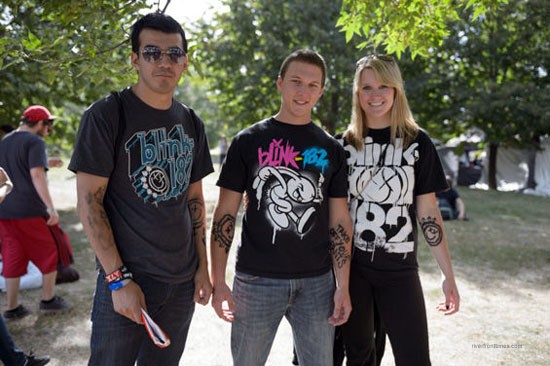 Riot Fest has mushroomed into one of the country's biggest rock festivals--expanding from its base in Chicago in 2012 and again this year to Toronto and Denver--since forming in 2005.

This year, the fest's big draw--based on the T-shirts, if nothing else--was Blink-182, including one fan who dressed as the nurse from the cover of 1999's Enema of the State.

Here's that Enema of the State album cover:

She's got the glove-pulling motion down!

J. Mascis of Dinosaur Jr. pays respect to his hardcore roots with this Void T-shirt.

Minneapolis' The Replacements reunited at Riot Fest-Toronto earlier this year. 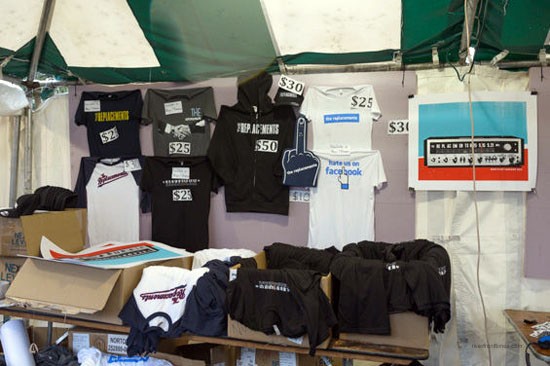 Philadelphia's The Virus holds a large piece of real estate on this punk's vest.

You can never go wrong wearing your own group's shirt, as Flavor Flav of Public Enemy showed over the weekend.

All photos by ERIK HESS