Six Reasons Why Metallica Is Better than Megadeth 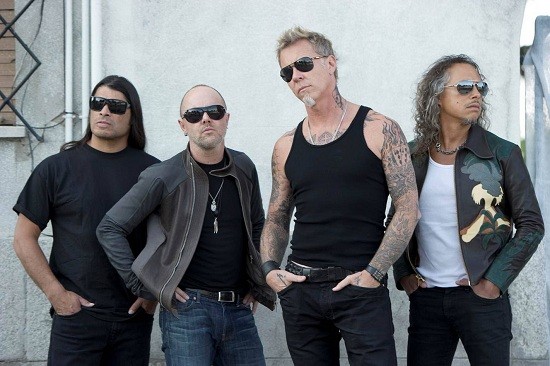 My interview with Megadeth last week didn't go too well. The honorable thing to do would be to admit that I was in the wrong and should have been better prepared. Or I could spell out a number of reasons why I'm not a total unprofessional screwup, therefore justifying myself to an audience that largely doesn't care about who I am anyway.

Or I could do something fun and petty.

With all of that in mind, I give you six reasons why Metallica is actually, in fact, better than Megadeth.

6. Dave Mustaine refuses to discuss whether he has found the Abyss Lord.

My friend Charlie Johnson (who demanded to be credited as a "Minneapolis heavy-metal legend" in order to release this story) told me about an encounter he had with Dave Mustaine at an in-store signing at a Best Buy in a city called Coon Rapids, Minnesota. This is that story:

"I asked him about hunting the Abyss Lord, from the song 'Five Magics.' I asked him if he ever found said Abyss Lord, because I had also been hunting him. He got super pissed. He said, 'Yeah man, whatever, go look for new jokes,' or something to that effect. He got really pissed when I played up that I wasn't joking. Then my friend Maria got super hyped up and screamed about how much she loved the Black album, and he got really bummed."

And some other terms pretty demeaning to women. C'mon, man.

Overlapping a bit on the last one, because I'm not sure we can stress the importance of this deciding factor enough.

The art for Metallica's Load album is by an artist named Andres Serann and is titled Semen and Blood III. The work is a combination of two things -- I'll leave it to you to guess what those things are. When asked about the art, Hetfield stated, "Lars and Kirk were very into abstract art, pretending they were gay. I think they knew it bugged me. It was a statement around all that." While it made the heavy-metal icon uncomfortable, James Hetfield still went along with the idea -- taking a risk of alienating Metallica's conservative fans.

Meanwhile, when asked about whether he supports gay marriage, Dave Mustaine replied, "Since I'm not gay, the answer would be no." His reasoning? Because he's a Christian.

When asked about how he felt about modern-day Metallica, the great Joey DeMaio from Manowar infamously remarked, "I'm sorry, I don't listen to country music." Evidently, Mustaine must've caught wind of this and took the comment seriously, as Megadeth's 2013 song "The Blackest Crow" has a bit of a country/bluegrass twang to it. Supposedly, Willie Nelson (who is openly supportive of gay marriage) was recruited to work on the song but for some mysterious reason, that didn't happen.

Cliff Burton was basically one of the coolest people in heavy metal and inarguably the greatest man to ever rock a Canadian Tuxedo (denim jacket/denim pants). So of course he was divinely plucked from this hellish garden we call planet Earth after a bus accident in Sweden back in 1986. He was also voted the ninth best bassist of all time in Rolling Stone, beating out the insanely talented Bela Fleck and the Flecktones bassist, Victor Wooten at No. 10.

Lemmy Kilmister turned 50 years old on December 14, 1994. He had a huge celebration at the Whiskey A Go-Go in Los Angeles. Guess who played? It wasn't Megadeth but Metallica -- performing as the Lemmys, a high-concept cover band wherein each member dressed up like Lemmy and played Motorhead songs. Brilliant. Lemmy loved it. Take that, Megadeth.