In our previous edition of Twitter Litter, former Disney urchin Miley Cyrus (@mileycyrus) shocked people with her brand-new furries-loving sexytime body that she rubbed all over the Growing Pains dad's son. This week, musicians are concerned with yet another topic of national importance: remembering the September 11, 2001, attacks (admittedly, it's a bit more somber than Mileygate). But our famous Twitter denizens are divided on how -- or if -- to acknowledge the twelfth anniversary.

Should they offer their own recollections, like Lady Gaga (@ladygaga) and Charlie Daniels (@charliedaniels)?

12 years ago today Sept 11th. We Will Never Forget. Still remember the smoke in the sky. Saying lots of prayers for families who lost lives.

12 years ago today I was out doing errands when my son called me and told me a plane had crashed into the trade center. Little did I know.

Should they celebrate the good, like Richard Marx (@richardmarx) and Yoko Ono (@yokoono)?

Should they listen to their own treacly songs, like Mariah Carey (@mariahcarey)?

Or should they say "Yo, fuck this shit!" like Ted Nugent (@tednugent), Andrew W.K. (@andrewwk) and Tyler, The Creator (@fucktyler)?

PARTY TIP: If we stop enjoying life, it means the terrorists won.

DO YALL REALLY BE PRAYING ABOUT 12 YEARS AGO OR ARE YOU JUST SAYING THAT TO LOOK ALL CUTE TODAY.

We at RFT Music have no answers, so we'll just take a cue from Mark Hoppus (@markhoppus):

In my dressing room, farting.

Music from the butt flute really does unite the world.

On that note, go to page two for some dick jokes!

We're pretty stoked that Rihanna (@rihanna) doesn't have any silly PR people running her Twitter and Instagram feeds. Otherwise, we'd miss out on the hilarious bonerpranks she pulls on her security guards:

My security getting dicked down in public by my #cockclutch http://t.co/1qV95IMwHo 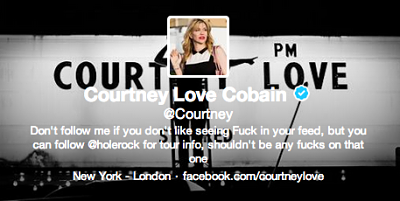 "What's this world coming to?" Um, didn't you support Smiley Miley's in-heat performance in our last edition of "Twitter Litter?" It might be a little hypocritical to bitch about your bitch, no?

Not everyone in "Twitter Litter" is actin' a damn fool. Ludacris (@ludacris) is celebrating a birthday, though unfortunately it's not the grand affair that we had at Chuck-E-Cheese's when we were eight:

I was on set working in London this exact same day last year & im working on set again this year! Fast & Furious owes me 2 Birthdays! Lol

Sweet! Ask Ana Lucia to say hi to Libby for us!

RFT Music's favorite hometown tweeter Murphy Lee (@murphylee) has some advice we all could use:

Murph's been playing a few shows in faraway lands. And while he hasn't serenaded us in a while, he serving up views from the stage: