Should I Manage My Husband's Band? 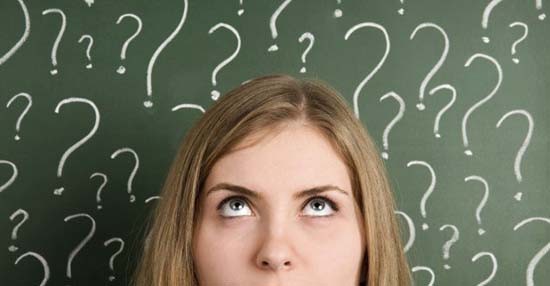 Hi Fan, My husband, two cousins and a friend have been practicing in my basement for about two years. (Wee for me!!! LOL.) They have played quite a few open-mics with good response. A few local bands have invited them to be openers, and the bar that they do open mics at has offered them spots on a bills.

Here's the problem: My husband is the lead singer and is super type A, so he has been doing most of the "managing." With his full-time job, he'd rather spend his free time writing songs than doing all the coordinating of practice time, shows, etc. All the other guys are kind of fly-by-the-seat-of-their-pants-type characters with no interest in being in charge. My husband asked me if I wanted to take over that kind of stuff -- including possibly putting together a promo package and everything else that will come down the road (merch, etc.). I'm 99 percent sure the other members would approve.

My question is: what are the biggest factors I need to think about? How to network? How to deal with a band that is mostly family? I am intrigued by the opportunity but have some reservations. Any advice you have for me would've greatly appreciated!

Dear Kim, Before we ponder the potentials here, my first question is this: Do you want to get involved in your husband's creative life? Sure, lots of couples have made this arrangement work (Celine Dion and her old man, Christina Aguilera is dating her assistant), but in my mind I instantly went to worst-case scenario where it's like 2:30 in the morning after load out and they are like, "What the hell, Kim? We only got paid $40?!" and you have to ride home in silence while they all load their gear into your basement. I don't know if you guys have kids, but managing a band is a lot like being a mom, except the hand holding and butt wiping is merely metaphorical rather than literal.

Of course the band would be more than happy to have you take the reins! It's more fun to just be free and creative, just devote yourself to easy parts of being in a band. Yet, I cannot imagine how dealing with the details of scheduling regular band practices at your own home requires more than twelve minutes a week. Set up a shared Google calendar and make that a collective six minutes tops. If someone is flaky and laissez faire about showing, they can get a reminder text (one minute) and practice starts without them because tough titty, they are a grownup.

So, the things that should be concerns here are: 1) This band doesn't need help; 2) They need to learn to help themselves; 3) Someone else doing this for them at this point could actually hurt them.

A band whose career has just left its open-mic infancy does not need an anything package. A Facebook page with cursory info, a clear photo and a contact e-mail should suffice for a while. Until they have a tangible fanbase of people who are not work buddies and blood relations, there is no need to make merch beyond, like, a few buttons or stickers to give friends. One or even three legit bookings at a venue does not mandate cash outlay for hoodies, or getting someone design a band logo or a fancy website. Though maybe your husband is just trying to write a career arc into your job description. Or maybe this first-real-gig booking has him really dreaming the dream. Such is the nature of achievement -- no shots, anonymous husband.

You babysitting their band this early in the game means they never learn how to do this stuff, how to be responsible, what the next steps are. And no matter how much anyone gives you their "I'm just an artist," rap -- they need to know. Understanding the basic framework of the world where they operate and what sort of work that involves is fundamental. It would be detrimental for them as a band just getting a toehold in a scene/with a venue to have you do their schmoozing and networking for them. That is how bands get shows much of the time -- being friendly with other bands. If someone rolled up to them after their set and was like "That was awesome, we have a show coming up, you should totally get on the bill," and your husband or his bandmates are all "Uh, yeah, go talk to our manager over at the bar about that," you best believe your husband's band would be the butt of every intraband joke in that other band's van that night.

I think the most helpful thing you can do is to let your husband's band figure out how to manage themselves, and if it is too much for your husband with his workload, then he needs to delegate -- but within the band. If each of them parsed out a portion of duties -- i.e., one person details with bookings and getting the logistics (load in and such) to the rest of the band, one person details with social media maintenance and inviting friends to shows, another cousin is in charge of flyering and PR -- then they each have about 20-120 minutes of work to do on behalf of the band, per month. If they cannot handle that then they need to clear some space in their lives or just stop playing shows and continue as a just-for-fun band. The first rule of being a successful band is don't make your band anyone's burden but your own.

I cannot tell if there is something else at work here. That is, if your husband wants to include you in this mix or have you care about his band as much as he does. Perhaps you have a skill set that would make you great at this, maybe your husband is at a loss for whats the next step of being in a band -- it could be any or a combo all of these things. Sometimes bands want/get a manager because it makes them feel like THINGS ARE HAPPENING, that they matter enough to warrant someone else's time and energy (this is quite typically the case). My feeling is that one of these factors are at work here because something about this does not add up -- because he hasn't just asked for help, what your husband has asked of you is to make the hassle-y part of his hobby your hobby -- something that shouldn't even take a half hour a week. Suss that shit out.

Do you want to be in charge of their social media, their bookings, taking the van in for an oil change, promoting shows, making sure there are flyers made and up in the right places, (wo)manning the merch table all night during their show, settle with the show promoter at 2 or 3 a.m., try to help them find ways to promote themselves and get to their next level of goals? If that sounds like fun, then you should say yes.

If you say yes to taking on management duties, I'd work out an hourly rate for your time. You should get paid by the band, and pay should not be contingent on their earnings. You do not want 15 percent of whatever they get paid at the open-mic nights. Is $15 per hour reasonable for your skills? They already practice in your house; you needn't do them more favors. Also, you need to meet with them and find out what they expect from you in terms of duties, and how they anticipate that changing over time. Do a trial run if it seems cool. Maybe it's a CBF (Could Be Fun). Who knows? Maybe this is your calling. Maybe you figure out you wanna start your own band and do this for yourself. If you aren't game, hopefully your husband can understand that you don't wanna be the Tommy Mottola to his Mariah and leave it at that.

Good luck to you and the band, FAN