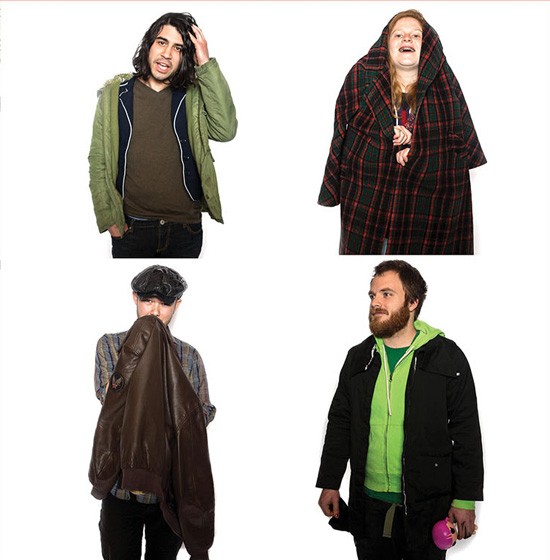 Little Big Bangs barely lets a week go by without tearing through some St. Louis basement or dive bar with its crackling grunge rock mess. The band first cut its teeth on south city streets as a trio in 2010. Shows felt like a punk rock game of musical chairs while each member hopped between instruments. Nowadays, drummer Drew Gowran rounds out the quartet by making damn well sure you hear him through that noisy wall of guitars.

After nearly three years of musty basements, broken bottles and cigarette butts, Little Big Bangs laid down several songs with local stalwart engineer Jason Hutto. The band is all set to release its debut album on September 7 at Plush (3224 Locust Street; 314-535-2686). $10 gets you the album and admission. Not a bad deal considering the openers: The Corrigan Brothers, Skarekrau Radio and The Union Electric. Little Big Bangs are banking on St. Louis liking its no-wave with a side dish of darkened folk-rock.

Describing their cramming of genres into singular songs becomes difficult when the only option here is to compare the band to something like Sonic Youth or the Pixies. I can hear an audible sigh from every music fan near and far, "Another barely loud Indie-rock band, right?" The new album's being kept tightly sealed 'till release day, so catch a glimpse through last year's Easter Egg Demo, recorded by The Union Electric's Glenn Burleigh.

Founding member Eric Boschen took a break from preparations to give us a little insight on why he plays and what he loves about St. Louis. Follow Boschen as we hold him down and force him to "Fill In The Blanks."

Little Big Bangs makes music because... we grew up obsessed with rock and roll. We love to create music with each other. Creating and collaborating are rare, amazing and rewarding things. Rock and roll is a necessary release from the bullshit world - blasting away in a live setting to friends who are rocking out, screaming till your throat is shredded. It's cathartic.

I've learned the most from... my old Professor Steve Houldsworth!

An old favorite local band of mine is... Sullen

What I like most about St. Louis is... the humble attitude, cheap cost of living. Small enough to feel like you can impact the city, but big enough not to feel trapped, most of the time.

The St. Louis music scene could use... a sweet outdoor venue. How fun would that be on a summer night?

The best thing to eat in St. Louis is... we tend to keep drinking post show, but if there were more late night food options maybe that would change.

Click through as we ask Drummer Drew Gowran to "Fill In The Blank."

I make music because... it's my first language - the first thing I connected with at a young age.

I've learned the most from... playing with many various groups and musicians and the opportunities that have come along the way.

I'm most inspired by... people who unfold as they are playing out. That transformation is beautiful. Some of my favorite local bands are... Yowie, Magic City, Demonlover, Middle Class Fashion, The Union Electric, Skarekrau Radio and The Conformists.

What I like most about St. Louis is... the close-knit community. Hop on the train 'cause this bitch is movin' fast.

The St. Louis music scene could use... all the support it can get from its community. A dark city makes for great music and those people are responsible to obtain that.

The best post-show food in St. Louis is... I usually cook at home, but I personally prefer the catfish sandwich at the South City Diner or the lamb burger at the Schlafly Tap Room. Yum.

Click through for details on the Little Big Bangs album release show. 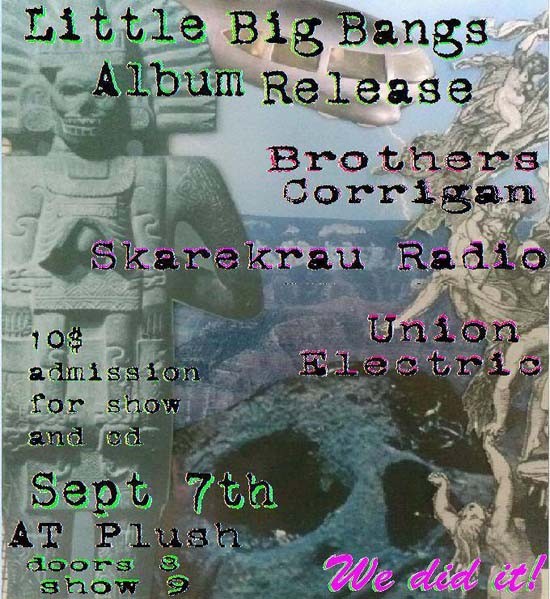 Follow Little Big Bangs via its Facebook page. Do you know a project or band that should be considered for this series? Drop a line to fillintheblank@riverfronttimes.com.