Bassist Darin Gray might be the most prolific experimental musician out of St. Louis. 32 years after his first performance in the area, he shows no signs of stopping, and RFT Music couldn't be prouder to call him one our city's own. Despite the racket Gray has generated in countless ensembles and bands including Grand Ulena, Dazzling Killmen, You Fantastic!, On Fillmore and Chikamorachi over the years, he says he's actually a pretty shy guy.

In this interview, we get to know him on a more personal level and discuss his upcoming projects and releases, including Radiolab Live and a New Music Circle performance this Friday, August 23 with Mars Williams and Tyler Damon on Art Hill.

See also: Shades of Gray: The magical playing of Darin Gray expands the palette of the bass guitar

Gray spends the majority of his time bumping between what he calls the "triangle of his work:" Chicago, Bloomington in Indiana (where labels Family Vineyard and Dead Oceans are based), and his home base in Edwardsville, Illinois. Earlier this summer, he played a short solo improvisation tour, partnering up with area musicians wherever he went. Between writing, composing, working and practicing, Gray also spends quality time with his family, traveling during the weekends to his youngest son's tennis tournaments.

This fall into early winter, Gray will join bandmate Glenn Kotche of Wilco to generate On Fillmore's signature soundscapes for public radio program Radiolab's live stage show, Radiolab Live: Apocalyptical. The show unfortunately does not make a stop in St. Louis, but includes more than twenty cities including Chicago and Nashville. Check out this Radiolab short to hear host Jad Abumrad describe the show as well as On Fillmore's role.

RFT Music: Your New Music Circle collaboration with Mars Williams and Tyler Damon halfway down Art Hill this weekend will certainly be a unique experience for St. Louis. What are some of the more interesting settings you've played in during your music career?

Darin Gray: I've played every possible thing you can think of and some that you can't, from kitchens and living rooms to the Pageant and everything else imaginable. One of the coolest places was Floating Laboratories, where I performed once with Michael Zerang. I have a feeling that what I like about it was what Kevin brought to it. I'm sort of sensitive to that kind of thing and definitely sensitive to place. Recently, I played a couple times at Foam, once with Chris Corsano and then with Ghost Ice. For whatever reason, I really love the vibe and acoustics in there. I just did this Radiolab collaboration with On Fillmore and there were 4,000 to 5,000 people there. The following week, I played in front of crowds of ten individuals and everything in between.

I would honestly say that in recent years, most of my super memorable places have been in Japan, which I've been visiting about once a year for past ten years or so. I also did a world tour a couple years ago with sax player Akira Sakata and Chris Corsano, and we went everywhere from Japan to Russia and Belgium. Playing in Moscow close to Red Square is definitely memorable in every way. We played in a really old, huge theater that was pretty fascinating.

I'm sensitive to acoustics, and the venue and size of the crowd can bring out better performances -- I just don't look at it all like that. I look at who I'm playing with and who I'm playing for. I just care about music and the act of creating, and sharing that experience is very important to me. Lately, this has been happening with improvisation, but I have been in a lot of bands and that still informs what I do to this day. 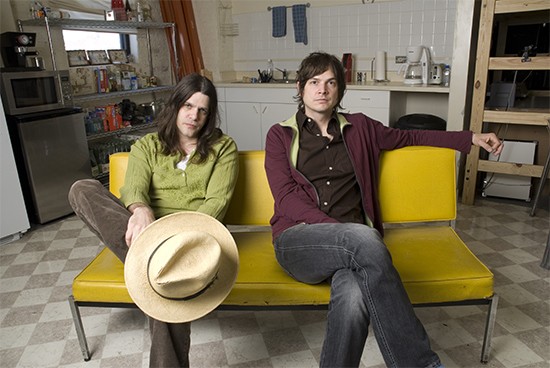 In a recent Radiolab short, host Jad Abumrad said that you simply make noises that you don't expect a bass to make and can turn your "bass into a tuba literally so that it can sound like a lion." How did do you go about discovering these interesting tones and textures?

A long time ago, I started working on another acoustic upright bass solo album. I had this friend named Michael Colligan, who is an amazing improvisation musician. He's a fantastic reed player and one of the first guys to improvise with dry ice. He used to do a lot of things with reed mouthpieces with tubes swing them around -- that's where I got the initial idea to use mouthpieces and tubes and wanted to figure out how to bring that to the bass. I didn't know if it would work but put tubes inside the upright bass bass. I don't know if you want to call it a technique exactly, but I began to work with that. I used brass mouthpieces instead of reeds because I love the sound of the trumpet.

My idea was to become this sort of trio by myself in which I could work with brass, bass and percussion simultaneously interacting with each other. It's taken awhile to formulate since it's somewhat of a complex notion to pull off, but I'll get there. I use tuba mouthpieces, pretty simple trumpet mouthpieces and blow all of these tubes into my bass. It acts like some sort of resonator for sound coming through the tubes and even amplifies acoustically. This idea worked out really well for Radiolab Live's theme which is roughly the end of the dinosaurs and sounds that were sort of in that world.

This fall, you're embarking on a 20+ date tour of Radiolab Live, known for its signature blend of storytelling, science, and music. How did you happen upon this opportunity, and what's it like working with all of the mixed media?

I've worked with dancers and filmmakers but certainly have never done anything like this before. It's been really interesting because Jad is a composer -- I believe he was a composition major in college. Glenn and I brought a bunch of music and snippets to play with the story line they had. He would come around and ask what do these things do and what do you do with this, and then he'd listen to me play with sounds and evaluate them. Luckily, we had a lot of things he liked. During a rehearsal in Massachusetts, they invited us to do the tour. I still can't believe that Glenn can do any of the dates -- it's very rare that we have a few months of a year to work together, even though we've been a band for 14 years.

For me, the most exciting part of this tour is that Glenn and I get to spend a lot of time together. I'm really excited to be able to do some writing and recording on the road with him. It's a cool tour. The Radiolab people are just fantastic. We had a walk-through for the show at the Solid Sound Festival where we sat around a big conference table like you would for a play. It was pretty immediate and great how the connection was between us. Glenn and I both knew we were in a room full of like-minded people on the same page as us -- It was totally a table full of nerds really excited to create. They've been adding Australian dinosaur puppets and all these comedians. It seems like they're going to do video screens and make it into a big multimedia thing. I feel very lucky to be able to do what I do!

In your eyes, how has the dynamic of the St. Louis experimental music scene shifted over the years?

I played my first St. Louis area show in 1981. Very few of those people I started out with as a kid are still doing music and still doing this. I feel lucky to be here still. I work really hard, but I'm not unique in being a hard worker. I have sort of an insider-outsider perspective and from what I can tell, there are more cool things going on in St. Louis than probably ever. There's an energy I haven't seen or heard in years. There are so many great young people making great music and just are really energized doing lots of things. They don't seem to be so worried about any kind of success. That to me is fantastic.

See also: By the Book: Bassist Darin Gray learns that the library is where they have to take you in

What other projects and collaborations can we look forward to from you over the next year?

I have a lot of things coming out next year, all these albums in the works. I should have an album out with Robert Beatty from Hair Police and probably two cassettes coming out with Raw Thug from Louisville -- I love this guy. On Fillmore will have a new album next year and we'll be in Brazil in December for two weeks to work on a big chunk of it. I have a session with Bill Horist from Seattle recorded with Ryan Wasoba done and in the can. It's in this weird world where we're trying to find someone to put it out, a strange and humbling position to be in. It's an exciting moment to get a record done and difficult to keep the excitement going as you're sort of knee-deep in the trenches. I'm probably forgetting something!

Another thing sort of in the fire is a Chikamorachi record out next year, a double LP that'll be coming out on Family Vineyard with Akira Sakata, Jim O'Rourke and Merzbow on mobile recording truck. Jim O'Rourke mixed it. It was one of those rare moments -- anytime you record a live thing and you want it to work, it never does and is always somehow disappointing. It was one of those rare moments where it actually got recorded and captured at the end of a tour after the group had time to gel.

About a year ago, I made a conscious effort to branch out. People that see me play or that know me closely probably find it hard to understand that I'm shy and that it's difficult for me to meet new people. I'd like to start playing with people I haven't worked with before and I want a context of all these young people making great music. Indirectly, the show Friday came up because of me reaching out to Tyler Damon and Mars Williams. Chris Corsano and I played with Mars in Chicago about a year and a half ago, and he's a huge hero of mine. I could go on for hours about how totally inspiring he is to me. He's played with Peter Brötzmann but was also in the Waitresses. He played in the Psychedelic Furs and can also do acid jazz, and does all of this really well, all with integrity, which is something I really admire. We all need elders. I know and you know that it doesn't end and it doesn't have to end. Keep growing and ultimately if you push yourself, you'll get better and better. I also wanted to do something that would represent three different generations -- my son is Tyler's age. Mars is certainly our elder but will bury us both at this concert.