Out Every Night: The Best Shows in St. Louis From August 19 to 25

This week, check out performances from touring groups including Vintage Trouble, Daniel Francis Doyle and the Dreamers, Parasites and many more. Some recommendations for shows to check out this week await right after the jump!

Salted Monday, August 19, 9 p.m. w/ Mister Ben, Potions @ Blank Space - $5 By Mabel Suen Salted sounds as the name suggests, twisting and writhing into town all the way from Austin, Texas. Psychedelic sliding guitars give way to cave beat drums, pounding vicious repetitions while struggled sounding vocals choke their way out of a desperate sounding throat. Feedback and buzz make up the tone that ventures from moments of stark, spacey ambiance to slow yet driving melodies that tilt and sway like some sort of well-rounded acid trip. 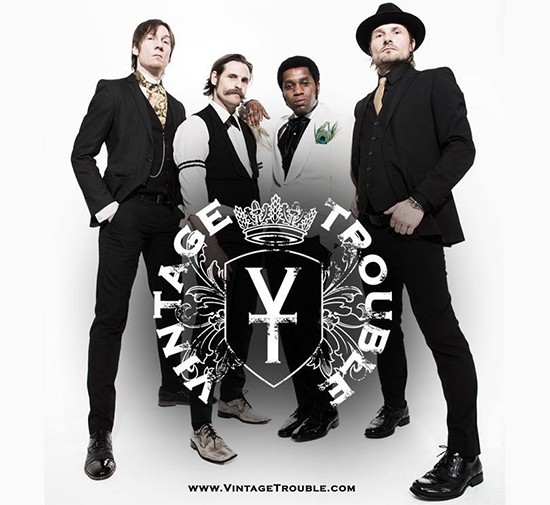 Bare Wednesday, August 21, 9 p.m. w/ Ookay, Tittsworth @ 2720 Cherokee - $15-$20 By Evan C. Jones From "The Best EDM Shows in St. Louis: August 2013:" The Full Tilt Tour is loaded with some of today's best in electronic music: California's Bare and Ookay, and Washington DC legend Tittsworth. Bare has been at the front of the bass movement, filling each of his sets with his own productions and a large dose of frantic energy. Ookay is a relative newcomer to the EDM world (he's only been producing for about a year), but his first release on Ultra Records hit the Top Ten on Beatport's electronica chart, and he was named one of Vibe Magazine's top Trap/Moombahton artists to watch in 2013. DJ Tittsworth is an institution in his hometown of Washington DC. In addition to being in demand as a DJ and producer, Tittsworth also is quite the entrepreneur. He co-founded T&A Records with DJ Ayres in 2006 and became the first home of moombahton by releasing records from the genre's creator, Dave Nada, and Munchi. He's also co-owner of U Street Music Hall in Washington DC; the club is ranked as one of the top ten in the country every year.

Daniel Francis Doyle & the Dreamers Thursday, August 22, 8 p.m. w/ Stonechat, Michael "Angelo" Brown @ Lemp Arts Center - $5 By Joseph Hess The addition of the Dreamers is a fairly new element for Daniel Francis Doyle, who since 2005 has always performed a wondrous one-man show. By stacking long riffs through a looping pedal, Doyle built songs with clever musical parlor tricks. The vocals wax about with deeply personal words, broaching insecurity and self-deprecation. With subtle yet striking percussion, Doyle triggered guitar parts through footswitches and spit words via headseat microphone. The Dreamers now filter Doyle's inventive approach through a power trio, properly evolving beyond the confines of four limbs and one brain. Doyle's startling stops and signature crooning remain with swift shifts in tempo and tone. If anything, the Dreamers retain that which made Doyle's former act so distinct and push it forward with a full tonal range, making songs old and new both more intricate and accessible. 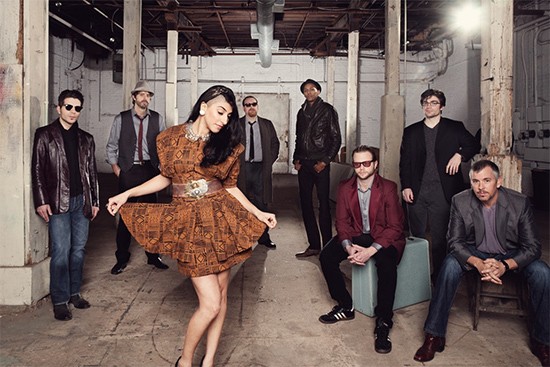 Ruby Velle and the Soulphonics Friday, August 23, 9 p.m. w/ Hazard To Ya Booty, DJ Hal Greens @ The Gramophone - $7 By Roy Kasten When encountering the music of Ruby Velle one also encounters the ghost of Amy Winehouse, lurking in nearly every other comparison. But the Atlanta, Georgia-based singer (originally from Canada and of East Indian descent) very much has her own voice, her own way of taming the Southern funk of her band (the Soulphonics), taking classic soul forms and finding her own emotional range within them. On last year's surprisingly consistent debut It's About Time, Velle sounds confident easing into VIP-lounge hip-hop grooves, gospel-lifted freedom songs and hand-slapping, floor-rocking workouts. Velle may be little-known outside of retro-soul connoisseur circles, but that could change very soon.

Parasites Friday, August 23, 9 p.m. w/ Flamingo Nosebleed, Eaten Back to Life, The Haddonfields, Typesetter, Better Days @ Fubar - $8 By Jimmy Eberle From "The Best St. Louis Punk/Hardcore Shows in August:" This particular Friday night will be jam-packed with crunchy, melodic hook-y goodness. It doesn't seem to make much sense to write the description of each of these bands when they've been covered before or cover the pop-punk territory, besides Parasites and Typesetter. They don't live here. They get a couple sentences. Parasites have been playing power-pop and touring since 1987, plain and simple. It rules. Typestetter make everyone's girlfriend boy-crazy with loud, note-y pop punk that will either drive you to drink or make you get laid.

Electric Masquerade: The Boogie Ball Saturday, August 24, 8 p.m. w/ AC Slater, Evol Intent, Kids at the Bar, Curtis B @ 2720 Cherokee - $25/$30 By Evan C. Jones From "The Best EDM Shows in St. Louis: August 2013:" This will be a large show, with acts sprawling out between 2720 Cherokee and the Casa Loma Ballroom right around the corner. Influential label/artist crew Trouble & Bass's own AC Slater is one of the headliners. The Brooklyn based DJ/producer is known worldwide for his eclectic sets of electronic house, hip-hop and bass music, and his productions include remixes for Boys Noize, Crookers and Moby. Evol Intent is a pioneer in the American drum and bass scene, but nowadays you can usually catch the trio's other individual projects: Bro Safari (who we spoke with recently), Treasure Fingers and Computer Club. Oklahoma City's duo Kids At The Bar bring their blend of high-octane house music to Cherokee Street as well.

Grandchildren Saturday, August 24, 8:30 p.m. w/ The Eastern Sea @ Off Broadway - $10-$15 By Mabel Suen Six dudes manning tons of drums combined with the moving melodies of synths, multiple guitars and the occasional horn can turn a small stage into somewhat of a spectacle. Philadelphia's Grandchildren manages to synchronize all these separately moving acoustic and electric pieces tightly with a backing track of sampled beats. The resulting symphonic experience reaches far beyond the range of a standard pop band, with an impressive range of vocal harmonies playing a leading role within orchestral compositions. On this tour, Grandchildren presents its sophomore release, Golden Age, produced by Chris Powell from Man Man and Bill Moriarty of Dr. Dog. It takes a decidedly floatier approach than Grandchildren's initial release; frontman Aleks Martray describes the songs as a collage of sorts, which explains why it's so easy to get lost in the dreamlike nature of it all. 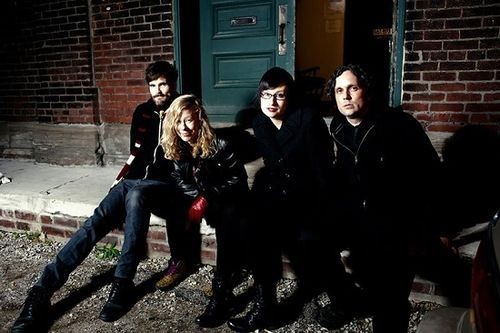 Middle Class Fashion Sunday, August 25, 9 p.m. w/ The Orange Peels, Hidden Pictures @ Foam -$5 By RFT Staff The standard template for pop trios is guitar, bass and drums, but Middle Class Fashion eschews the electric six-string and adds the piano and synths of singer and primary songwriter Jenn Malzone. The result is a dark, lovely, angry, tightly harmonized and even more tightly arranged sound that suggests Exile in Guyville-era Liz Phair challenging Fiona Apple to a songwriting contest with sweet revenge as the ultimate prize. "When you touch me in this abomination, across these states on every station..." Malzone sings on MCF's 2012 debut, Girl Talk. Backed by the fuzz bass of Brian McClelland (like Malzone, a moonlighter from power-pop veteran Tight Pants Syndrome) and Brad Vaughn's skittering drums, the pretty little poison of great pop songs becomes an addiction.