How Soon Is Too Soon to Seek Management?

Dear Fan, My name is Alexander Ross (stage name A-Cross). I'm an emerging Chicago hip-hop artist interested in building a professional team to help me attack my career in the most strategic and effective manner.

As you know, building a great team and investing in your career financially is important to an artist's success. I have reached out to a number of industry professionals, both low-level and mid-tier. The ones that respond to my inquiries generally say the same thing: They like my music but they feel it is too early for management, an agent, etc.

This situation is a catch-22, because it's difficult to build a buzz without a team, but before you can get a team they want you to already have a buzz. Do you have any tips on how I can go about attracting a team or building a buzz big enough that these team members will want to work with me?

Dear Alexander, They are right -- it is too early. Your music is good. If it wasn't they'd be giving you different excuses entirely. And while it does often take a team, or even just astute management to get the ball rolling for a rap career on a certain level -- you need some momentum that says you actually need the outside help.

Right now, any manager or PR person who would be taking a look at what you have is going to see your 118 Facebook likes and know you are at the very beginning, the foundational base of your career, and that you are asking for help to even get the ball rolling. The prospect of taking someone from absolute scratch with nothing other than a couple pretty good songs and making something happen -- it's a Sisyphean task regardless of who you are or your star quality. (Unless you are a really beautiful woman with some Beyonce-grade hit.) The second part is that stepping to professionals for help at this point makes it look like you do not yet know how to help yourself, and that's the artist nobody wants to work with because it sometimes involves teaching people the unteachable; it's like herding cats. Also, those are always the people who, later on, are the most ungrateful and difficult to work with, and anyone who has been in the business for more than a year knows that.

What you gotta do is ripen. You gotta get to the junior high point, and you are barely outta the womb. You need to play some shows, do some networking, do some open mics, get on the radar of local promoters and SHOW people 1) You have the tenacity and capacity to mind your business 2) You can hustle 3) That you are worth their time and energy. You can tell them all damn day, but you need to get up on stage and give people a reason to pay attention. 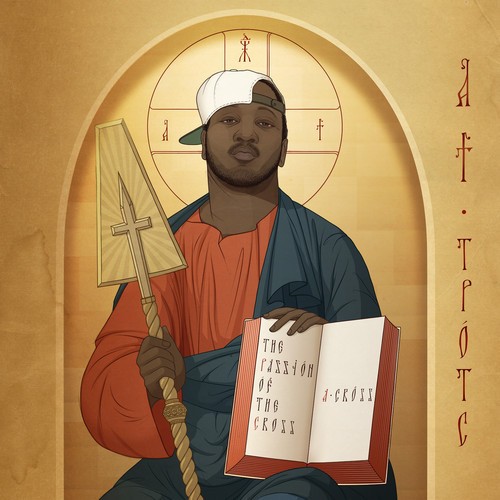 You also need to be out there getting more than likes from your immediate friends, co-workers, etc. You need to network, collaborate, meet people. You can do that by playing shows, but you also need to go to other peoples' shows -- big, little, local, peers, open mics. Give people your music: Producers, MCs, other peoples' influential cousins, your peers -- the other just-starting-out-rappers of Chicago -- club night promoters, the people that write about local music, the handful of blogs and sites that care about Chicago rap, the dudes that run the stores that have listening parties for mixtapes. You gotta start below management/PR levels and street team yourself. You jumped on some tracks last year, you were on the set of some videos -- be that dude. Tell people you are looking to do more shows, tell people you are booking a show and ask if they want on the bill. That stuff is just as important as all the formal brand-identity, starting a website/being on every social media kind of stuff you are doing. You have to show up for all the annoying hard work kind of stuff and just dig in, network, play shows that no one is at but make sure the four people who saw you remember your name when they leave. You gotta work all your angles and be a dude that people like helping, and that makes it that much easier and more likely opportunity will come to you.