The summer festival season is winding down, with a few more major festivals left on the horizon for 2013. This just means more club dates with your favorite producers. August is a good warm up for what's on tap the rest of the year, so lets jump in and see what is in store.

Bass heavy hitter Excision, the pride of Kelowna, British Columbia, will drop into The Pageant later this month. The DJ/producer also runs Rottun Recordings with fellow Canadian producer Downlink. His 2007 release "No Escape" (on his own label, of course) sold out and was later re-pressed due to the demand for his attacking style of dubstep. Also featured on the bill are more fellow Canadians, the duo Torro Torro, and multi-genre producer Brillz (who we recently spoke with).

The Full Tilt Tour is loaded with some of today's best in electronic music: California's Bare and Ookay, and Washington DC legend Tittsworth. Bare has been at the front of the bass movement, filling each of his sets with his own productions and a large dose of frantic energy. Ookay is a relative newcomer to the EDM world (he's only been producing for about a year), but his first release on Ultra Records hit the Top Ten on Beatport's electronica chart, and he was named one of Vibe Magazine's top Trap/Moombahton artists to watch in 2013.

DJ Tittsworth is an institution in his hometown of Washington DC. In addition to being in demand as a DJ and producer, Tittsworth also is quite the entrepreneur. He co-founded T&A Records with DJ Ayres in 2006 and became the first home of moombahton by releasing records from the genre's creator, Dave Nada, and Munchi. He's also co-owner of U Street Music Hall in Washington DC; the club is ranked as one of the top ten in the country every year. 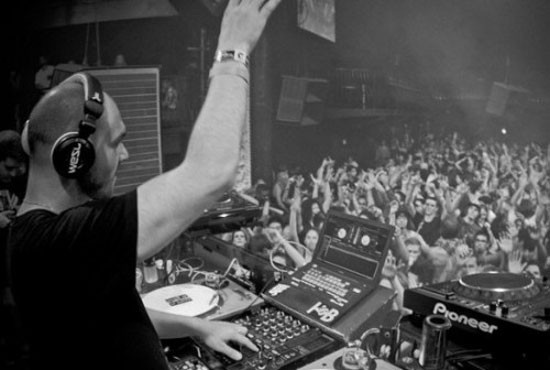 This will be a large show, with acts sprawling out between 2720 Cherokee and the Casa Loma Ballroom right around the corner. Influential label/artist crew Trouble & Bass's own AC Slater is one of the headliners. The Brooklyn based DJ/producer is known worldwide for his eclectic sets of electronic house, hip-hop and bass music, and his productions include remixes for Boys Noize, Crookers and Moby.

Evol Intent is a pioneer in the American drum and bass scene, but nowadays you can usually catch the trio's other individual projects: Bro Safari (who we spoke with recently), Treasure Fingers and Computer Club. Oklahoma City's duo Kids At The Bar bring their blend of high-octane house music to Cherokee Street as well.