The Ten Best Shows in St. Louis This Weekend: August 2 to 4 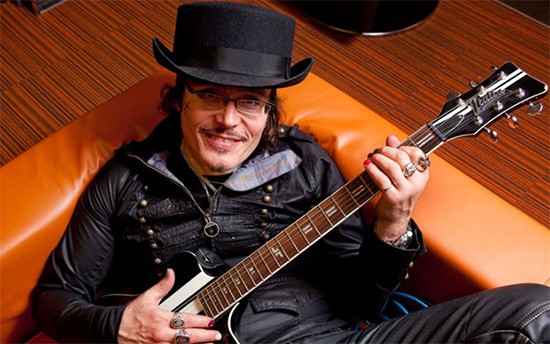 Nelly and Backstreet Boys in the same weekend - heck, the same day? Whoa, guys. That's a bit much, don't you think? If neither of those big-time acts appeal to your tastes, plenty of other great options ranging from ground-level artists to mid-level touring musicians perform this weekend at a venue near you. Our recommendations await after the jump.

Adam Ant w/ Prima Donna @ Plush 9 p.m. | $25 The Ants first made waves in London when they performed their hit "Beat My Guest" in front of a startled audience in 1977. Decades later, post-punk icon Adam Ant's as outrageous and lively as ever. Will he still play that song for you? Definitely. (MS)

Blue Dixie 25th Anniversary Show @ Old Rock House 8 p.m. | $10 Blue Dixie formed in Columbia, Missouri in 1988 -- that's a whole quarter-of-a-century ago! They disbanded in the mid-'90s but plan to jam their self-proclaimed freestyle rock-and-roll just like they did way back when for this one-time special reunion. (MS)

Musical Merry-Go-Round's Fifth Birthday w/ Justin Roberts and the Not Ready for Naptime Players @ Voce 12 p.m. | free-$10 KDHX's kid-friendly Musical Merry-Go-Round, hosted by "Grandfather" Paul Stark, welcomes Grammy-nominated Justin Roberts and his band, the hilariously named "Not Ready for Naptime Players." Bring the kids for some wholesome fun. For more on tunes for the young-ins, check out Allison Babka's music feature this week: "The Kids Are All Right: RFT Music experiments on children." (MS)

Killer Ray Allison w/ Mz. Peachez, Moondog J, Edo Ekic, Maurice Cade and Tre', Lady Kat, Moondog J, Edo Ekic, Sharon Foehner, Swingset @ Lemp Mansion 4 p.m. | $30/$35 This event has three B's: blues, beer and barbecue, all washed down with lots of hard lemonade. See blues artists including locals and performers from Chicago and Australia. Mention "Johnny Vegas" -- the dutiful MC for the evening -- at the door, and get five dollars off the admission price (which includes all of the above). (MS)

Texas Hippie Coalition w/ Eve to Adam, Saence, Hallow Point @ The Firebird 8 p.m. | $15 Texas Hippie Coalition (or THC -- huh huh) plays what it refers to as "red dirt metal," influenced by Black Label Society, Pantera, Lynyrd Skynyrd, Molly Hatchet, ZZ Top, Corrosion of Conformity, Waylon Jennings, Willie Nelson and Johnny Cash, according to the band. So, you know, that kind of music where you drink copious amounts of whiskey and fist-fight your friends and family in the front yard! (DH)

Also on Saturday: California Wives and, of course, the one-and-only Nelly.

For another option, check out Bottoms Up Blues Gang with Paper Bird.