Jeremy Joyce's Sleeping with the Devil LP and Afterlife EP: Review and Listen

A Philadelphia native who has taken root in St. Louis, singer-songwriter Jeremy Joyce has released more than his fair share of wax in the first half of 2013. For his debut full-length Sleeping with the Devil, Joyce took his roots-driven story songs to David Beeman, the Old Lights leader who is becoming an increasingly in-demand producer for acts in and around town.

Beeman's thumbprint is light on this LP -- he knows how to coat Joyce's vocals in the right amount of reverb and leave enough blank space for the lyrics to bounce around the void. It helps, too, that the musicians are topnotch: Curt Brewer and Nathan Jatcko (of Yankee Racers and Kentucky Knife Fight) do heavy lifting on guitar and keyboards, respectively, and JJ Hamon's lap steel is reminiscent of the work he does with Beth Bombara. Along with Beeman's turns on drums and synth, the studio band paints these nine songs in rich grays and blues. 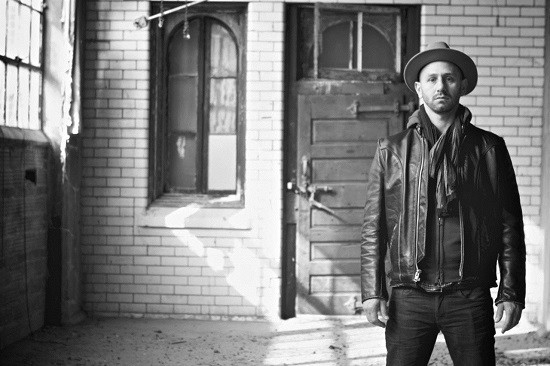 Joyce's voice is genteel and comforting, though it doesn't brim with personality; there's an earnestness he sells on a song like "Have You Seen My Lady Dancing," which moves with a steady heartland thrum. The more elegiac songs, "Joanna of the Falling Rain" and "Church on a Hill" in particular, move with circular simplicity and the dream-state poetry of the lyrics. (Kristin Dennis, she of Née, shows her harmonic chops work outside of electro-pop as well; she lends a hand on a few tracks here.)

When Joyce pushes his vocals past their comfort zone and starts trying to inhabit various characters, he stumbles. You're never going to fully believe Joyce as the hard-luck Louisiana man beleaguered with Job-like troubles in "Norma Jean," though his story of post-Katrina hardship is sympathetic, and its instrumentation sizzles with ragged slide guitar and the steady whir of a Hammond organ. Joyce is better at spinning yarns from a distance, like on the Bonnie & Clyde-esque "Arkansas Bill," which takes enough liberties with outlaw mythos to warrant a few listens.

The recently issued 45 "The Afterlife Is the Life for Me," recorded in Brooklyn with a different cast of musicians, shows how production and instrumentation recasts Joyce's music. With loose drums, shanty-like accordion and thudding upright bass, the song is squarely in the Dust Bowl revival camp (which, you may have heard, is big money around these parts). The B-Side, "I-95 Blues," is a more electrically driven, by-the-numbers highway blues tune. The songs on the seven-inch are fun and efficient, but heard alongside the Sleeping full-length, they sound like a game of dress-up when he clearly has a three-piece suit in his closet. Joyce has plans to start working with Beeman & Co. on a new set of songs this fall; it's a much better fit.

Listen to tracks from each release below.