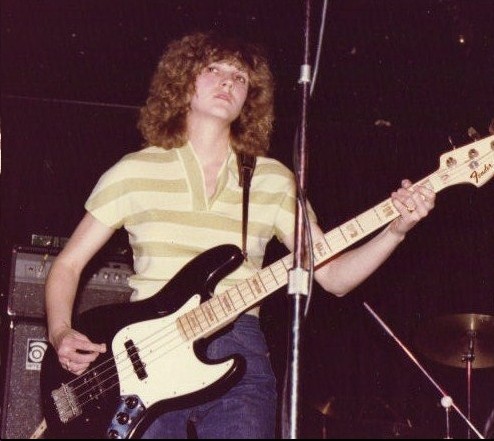 It's been a bad, bad year for 1980s jangle-pop. On Sunday night -- one day after a tribute concert for Scott Miller, the late Game Theory/Loud Family songwriter -- word leaked out on Facebook that Faye Hunter, Let's Active's original bassist, had passed as well.

"Today's news has broken our hearts," wrote Fidelitorium Recordings, the recording studio owned by producer Mitch Easter. "Faye Hunter, you will be missed and loved forever."

According to a story posted late Sunday night on newsobserver.com by writer David Menconi, Hunter was 59 years old and was "the victim of an apparent suicide."

Raised in Winston-Salem, North Carolina, Hunter contributed to Sneakers' In The Red and Chris Stamey's It's a Wonderful Life, before joining Mitch Easter as Let's Active's bassist. Together with teenage drummer Sara Romweber, the trio made 1983's afoot EP (featuring "Every Word Means No," a sizable college radio and MTV hit) and 1984's Cypress LP. Romweber left the band shortly after Cypress. Hunter stayed on through Let's Active's third album, 1986's Big Plans for Everybody.

During this time and afterward she appeared as both a bassist and vocalist on recordings by Stamey, Marshall Crenshaw, the Windbreakers and Myra Holder. In 2003, she and Windbreakers' leader Tim Lee contributed to Every Word, a Let's Active tribute CD, under the band name Failed Energy Giants. Last year she provided lead vocals to Let's Pretend We're Spies' "Ozone Baby." n May of 2013, she appeared with Stamey and other musicians at a celebration of Winston-Salem's centennial.

According to her LinkedIn profile, Hunter worked as a proofreader for Random House and Penguin USA, and she continued to list herself as a self-employed musician. One LinkedIn connection endorsed her as an "artist who creates hand-painted furniture with unusual and intricate designs."

Our condolences to friends and family.