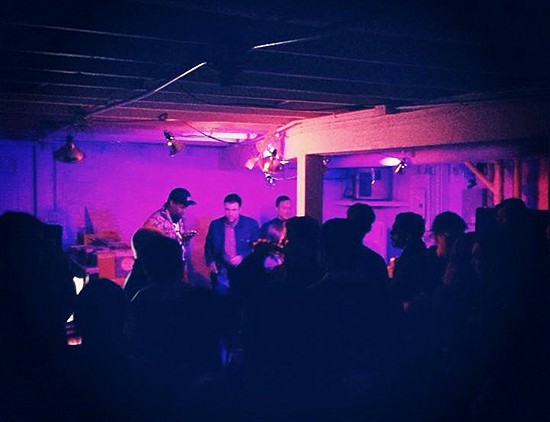 On the third Saturday of each month, Blank Space (2847 Cherokee Street; 314-458-9472) overflows with a varied crowd of enthusiastic attendees, ready to mingle and dance during its monthly the Bump & Hustle event. What's the draw, exactly? Piles and piles of vinyl. Resident DJs MAKossa, Hal Greens and Needles have about 15 years of collective experience with mixing and matching tracks under their belts. This Saturday, July 20, the Bump & Hustle celebrates its one-year anniversary, melding funk, soul, boogie, disco, hip-hop, psych and more.

One of the Bump & Hustle founders, Rory Flynn aka MAKossa, grew up in St. Louis but recently moved back from a decade of living and DJing on the west coast. Upon his return to the midwest, Flynn scoped out some spots for a regular event and through local networking, found Blank Space. 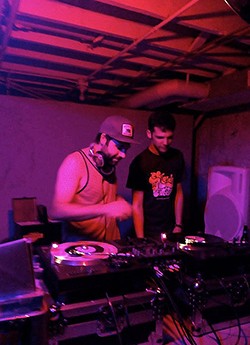 "Everywhere I found didn't quite have the right vibe for a party. With Cherokee Street, there seems to be a lot of fresh energy," says Flynn. "I felt there was a need for something rooted in funk music. I wasn't seeing a lot of that in St. Louis and wanted more of it."

MAKossa takes influence from artists such as Cut Chemist, Dâm-Funk, Onra and Edan. He describes Needles' style as a specializing in the golden age of New York-based hip hop, while Hal Greens slings boogie funk, a wide spectrum of soul, and Atlanta and Houston-based rap music.

"We're connected to the true essence of hip hop and vinyl culture, which is also DJ culture. Hip hop enables you to take all these different genres, put them together and let them be rhythmic. That's what Bump & Hustle tries to do," he says. 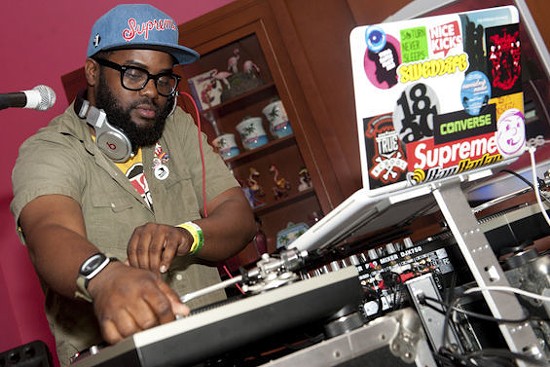 According to owner Kaveh Razani, the Bump & Hustle is Blank Space's longest-running event and serves as a cornerstone for the venue's music programming.

"The three of them are super committed to the art of turntablism," says Razani. "They're amazing song selectors and record collectors with an incredible taste and passion for the music... For me, what's so incredible is that every song is great. Great music kind of trumps everything."

In addition to resident local DJs, the Bump & Hustle also features special music guests, which have included Meaty Ogre, Shred One and Josh Powers. This month's special act is E da Boss from San Francisco, of Stones Throw Records. Performances also include a visual element of projections made up of vintage footage and psychedelic tones.

"Expect a packed dance floor and a bunch of good people," says Flynn.

The Bump & Hustle takes place at Blank Space on the third Saturday of each month. Follow it via Facebook. Find details on this Saturday's event here. Full flyer below.