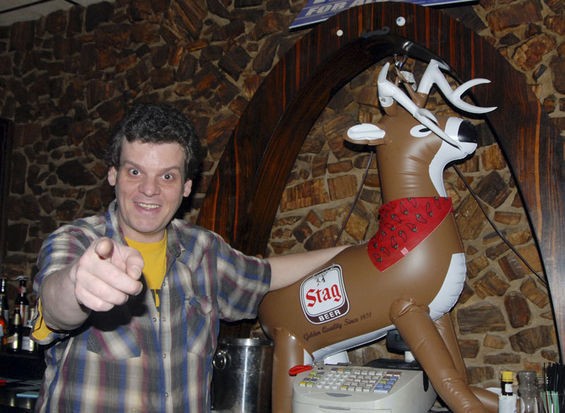 Hometown staple Johnny Vegas is nursing an injury. The Founding Father of Stag Nite had an incident while pool-hopping the night before, and wound up with a busted elbow. "We were in that pool for two hours last night before the owner came out to find five naked people in his backyard," he says, as his eyes glide over the menu at Cherokee Street's Taqueria El Bronco. "He was really cool about it, though."

"This is something I have been wanting to do for about ten years. It just never fell into place." Vegas rips through slivers of steak as he recreates the idea of Stag Nite in the Woods. "I asked my buddy, Jason Deem, if I could use his Army truck for a stage for a festival. I really didn't know any specifics of where I was going to do it, or anything. He just said, 'Hey I got some property, let's do it down there.' And we decided right then that we were going to do it."

Vegas' next step was to secure a line-up, "I put out a cold call on Facebook and asked who wanted to play, and the first fourteen bands that responded, I booked." Among those first fourteen St Louis acts are Black James, Bruiser Queen and Bug Chaser -- the latter of which apparently coming with tricks up the sleeve. Vegas smiles and insists on secrecy. "Bug Chaser kind of gave me a hint at what they're doing...all I can say is it's going to be spectacular." Hint: Hide and Go Bug Chaser. 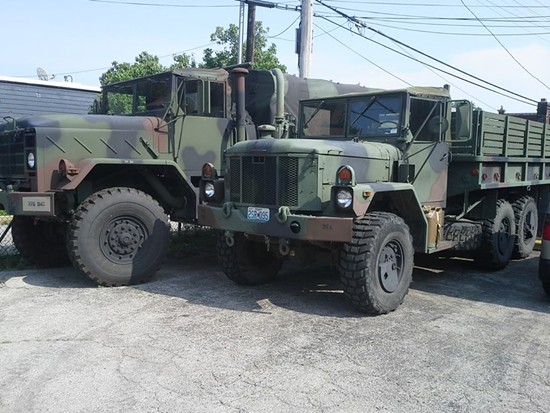 The fourteen bands will be divided between two stages: Deem's military-issue cargo truck and a trailer bed set across the river from each other. "It's all going to be a grand experiment," Vegas says, sounding like the Willy Wonka of music festivals. "We're gonna have a generator power one stage and the other stage will be powered by ReGen StL. They have bicycles that power a generator that runs power to a PA. They set them up four stationary bikes and everyone takes part to build up the battery."

Stag Nite in the Woods' grounds can be found by pasting the coordinates on the Facebook page into any search engine. "It's primitive camping. It's down where the river starts so it's nice and clean. There won't be a lot of people floating by. We'll have it to ourselves." Vegas spills the details: "We're gonna have food for sale. Everything else you have to bring on your own: beer, water, lots of water... and just have fun. We're going to give everyone a trash bag at the gate, ask that they clean up their own mess. It's just an excuse for all of us to go into the woods and be silly. It's a one night music festival."

Stag Nite in the Woods in this Saturday, July 20 beginning at 9AM until Sunday, July 2i at 5PM. Entrance is twenty dollars.