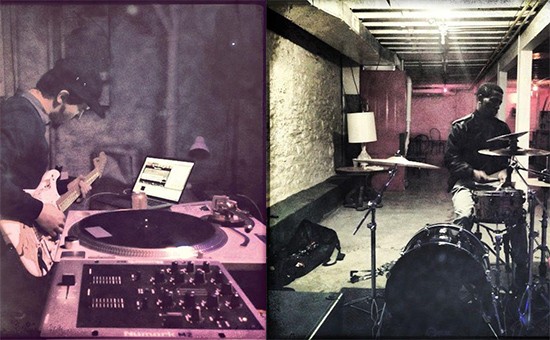 Decisions are hard. Last night, I fell asleep to a TED Talk about "the art of choosing" ironically while trying to turn my brain off about a decision I had to make. How many decisions do we make each day? Hundreds, some say. Thousands, say others. Should I wear pants today? Nah. Should I drink that extra cup of coffee today? "No, probably not," I type with shaky fingers (and cold legs). Here at RFT Music, we can't cure that indecisiveness -- hell, we're too busy losing sleep trying to decide how to deal with our own irresolution. We can, however, narrow the weekend down into a convenient guide for you to at least make that decision a little easier to make.

Besides the following recommendations, check out some of the great shows previewed this week. Read about the space opera Chrono Man and Superfun Yeah Yeah Rocketship's Comic Book Release, hear a sneak peek of Humdrum's new release We Are Electricity, and get to know Al Johnson, who'll be MC'ing Skin Graft's St. Louis Homecoming this weekend.

Then, jump back to our Out Every Night post to get stoked for Black Flag, Huey Lewis and the News, and Portugal. the Man. More recommendations follow!

Did we leave something significant out? There's a chance it didn't make it onto our radar! Send your show tips any time to clubs@riverfronttimes.com.

Chief Keef w/ DJ Tab, T-Marley @ The Ambassador 7 p.m. | $20 Brick Squad / Interscope rapper Chief Keef makes his way from Chicago to St. Louis for a show at the Ambassador. Hopefully he chooses not to double the speed limit on his way here. (DH)

Rock for Moore: Tornado Relief Benefit for Oklahoma w/ Holiday at Sea, The Difference Engine, Pachyderms, Eddie's Munsters, Wicked Thoughts @ Pop's Nightclub 6 p.m. | $5-$7 This mixed bill rocks for a good cause. Admission is a suggested $5 at the door, with all proceeds to benefit the American Red Cross and the victims of the the Oklahoma tornadoes. (MS)

Jaill w/ For the Colony, The Grafted @ The Demo 8:30 p.m. | $8-$10 Sub Pop's Jaill has a portion of their bio wherein they offer to give you a free pair of Nike Cross-Trainers if you steal their new album off the Internet. Win-win! (DH)