Six Things You Should Know About the Replacements 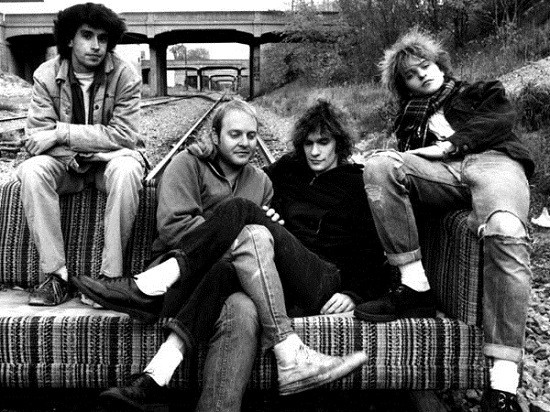 If you are like me, your Internet exploded when word hit that the Replacements was reuniting to play three festivals. Everyone was talking about it. Some shed tears of joy while others likened the band's reformation to a remaking of Predator 2. In any case, here are a few things you should know about the Replacements, other than that the reunion is only Paul Westerberg and the guy from Guns N' Roses.

Let's start with the elephant in the room: Guns N' Roses is a musical atrocity. I don't care that Slash was kind of cool and smoked cigarettes a lot. I simply cannot get over the fact that Tommy Stinson still plays in Guns N' Roses to this day. Which means he has absolutely, most definitely heard the band's music before, and yet he still chooses to play with them. 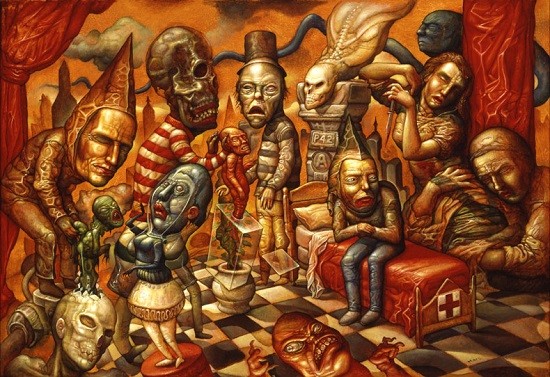 5. Chris Mars Is an Amazing Artist

Known for his work with the Replacements, former drummer Chris Mars is an incredibly accomplished visual artist. A lot of his art represents the struggle that his brother has faced with schizophrenia, which is a topic the entire world needs a broader education on. He also creates some excellent animated short films. Also, he isn't in fucking Guns N' Roses.

4. "Kick Your Door Down" Is the Replacements' Best Song

It really is. You can say what you want, but you're probably wrong. Unless maybe you mention "Customer."

3. Many of My Friends Are Pissed and Hilarious

2. The Replacements Is Not the Rembrandts

When I started talking to a few people about the reunion, I got a pretty alarming surprise from some of them. Two people did not know that the Replacements are not the Rembrandts, the band that did "I'll Be There for You," the theme song from Friends. But Paul Westerberg (the one who is not in Guns N' Roses) actually wrote some songs for the show Friends as well as Melrose Place. He also has a composer credit for a Toad the Wet Sprocket live album, which I only mention because once my friend convinced me that Toad the Wet Sprocket was going on tour with Burzum, a Norweigan black-metal band famous for burning churches and murdering a guy.

1. The Replacements Is Not Hüsker Dü

Look, I get it. The Replacements is a seminal, underappreciated band and all that other shit. But when you take a look at the facts, the Replacements is no Hüsker Dü. I'll be honest and tell you that I'm only 30, so I know I wasn't there to say who was the better Minneapolis punk band. But I can tell you from having ears that Hüsker Dü stomped every punk band of the 1980s. The band's poppy songs were more memorable, and its angry songs were ten times more destructive than anything the Replacements did.

But to be fair, at least neither of them are Guns N' Roses.