The 2013 Riverfront Times Music Showcase is tomorrow! Think of it as St. Louis music's own official holiday, and consider this the season. Throughout May we at RFT Music have been working hard to make our cases for all 130 bands and artists nominated for an RFT Music Award this year in 26 categories.

Read on and get yourself acquainted, and we'll see you at the showcase! Check out this post for the full schedule. Then, create your own showcase schedule with this handy custom scheduler, courtesy of the fine folks at Do314.com.

At present the forecast is looking a little ominous, but we have plans in the works to deal with Mother Nature's wrath -- don't let a little rain scare you away.

Vote for all categories at the official 2013 RFT Music Showcase Readers' Poll. You can also use your phone to vote via text. Check out this handy guide with instructions how!

Fresco Kane's brand of radio-ready hip-hop is well representative of St. Louis. In the past year Kane has been signed to Jermaine Dupri's So So Def label, getting no less than Busta Rhymes to feature on his track "Hump Wit It." One could say he is representing the rambunctiously proud and drunk but talented atmosphere that St. Louis tends to breeds in its artists. With a sound akin to Kanye, the good luck of good looks and a hell of a work ethic, the East St. Louis native has a lot of success just around the corner. -Jimmy Eberle 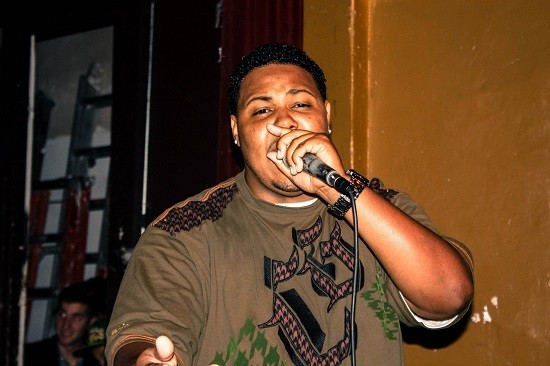 Music is in Keem's blood. His grandfather, who passed in 2010, was blues/R&B artist Clayton Love, a player in Ike Turner's band. Keem, formerly known as Hakeem the Dream, had one of the city's biggest hip-hop crowd-pleasers in 2008 with "Thick Wit It." Drawing comparisons to Nelly, Keem has also established a respectable fanbase in Atlanta. Keem has worked with Gucci Mane collaborater Zaytoven and performed with a ten-piece band conducted by DJ Nune at the release party for his latest mixture, Made in America, this past January. -Billy Brown

Born in the city of his performance surname and based in St. Louis, Saint Orleans is a club-rushing, subwoofer-rattling rapper with an often-threatening sound backing up some hilariously demented, vulgar ho-baiting rhymes: "You get no Frito Lay, no chips, none of my Velveeta/She ugly, did not wannna meet her/Ramen-down, I won't eat her." His primary influences, Jay-Z and Tupac, never subsume the eccentricities of his style or persona. Saint Orleans has just enough loose screws and just enough tightened hooks to keep you thumping all the way to the next party. -Roy Kasten

When KDHX (88.1 FM) launched a billboard campaign featuring local artists, Tef Poe was an obvious choice. He is one of the largest personalities in St. Louis music, from his thoughtful columns in this publication to calling out Archfront Media for screwing him over on his opening set for Rakim. Tef Poe only seems like a shit-stirrer because he has turned his lack of a filter into an aesthetic, and in the tradition of polarizing figures like Kanye West and Tyler The Creator, he has the flow to back it up. Need proof? Check out his Hero Killer mixtape, fresh off the heels of last year's excellent War Machine II and a winning streak on BET's 106 & Park Freestyle Fridays competition. -Ryan Wasoba

With a guest feature on Nelly's single "How Do You Getcho Money" last year, 22-year-old Trixie Le'Ray became a force to be reckoned with in St. Louis hip-hop. With her girl-next-door looks and aggressive flow, she easily separates herself from the pack. Now that she's backed by the marketing machine that is Nelly's Derrty Entertainment and releasing a steady stream of music videos and mixtapes like Little Miss Incredible 2, it's hard not to pay attention. -Billy Brown