The 2013 Riverfront Times Music Showcase is tomorrow! Think of it as St. Louis music's own official holiday, and consider this the season. Throughout May we at RFT Music have been working hard to make our cases for all 130 bands and artists nominated for an RFT Music Award this year in 26 categories.

Read on and get yourself acquainted, and we'll see you at the showcase! Check out this post for the full schedule. Then, create your own showcase schedule with this handy custom scheduler, courtesy of the fine folks at Do314.com.

At present the forecast is looking a little ominous, but we have plans in the works to deal with Mother Nature's wrath -- don't let a little rain scare you away.

Vote for all categories at the official 2013 RFT Music Showcase Readers' Poll. You can also use your phone to vote via text. Check out this handy guide with instructions how! 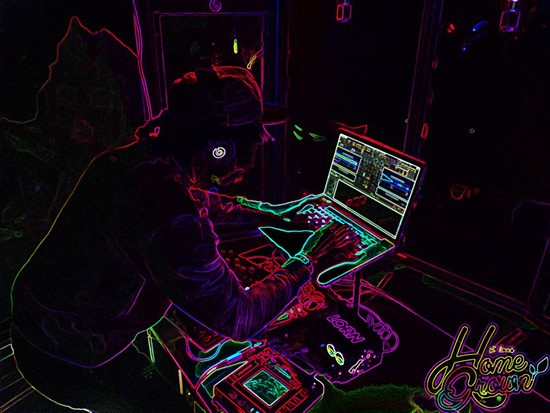 Stan Chisholm uses the 18andCounting pseudonym for every aspect of his art, whether it is his cross-medium visual work or his Unstrumental raps, but 18andCounting is most visible as a prolific DJ. Chisholm spins records the way a jazz soloist quotes bebop licks, with a wealth of information at his disposal and the taste and technique to react to exactly what his situation demands. Lately, 18andCounting sets have involved live collaborations with musicians like So Many Dynamos drummer Clayton Kunstel, a format that many turntable handlers are not brave enough to attempt. Chisholm's adaptivity is a reminder that he is first and foremost a great musician, even if a conventional instrument is nowhere to be seen. -Ryan Wasoba

Chandrez Alexander, a.k.a. DJ Epic, has been a St. Louis nightlife fixture since 2009. With a weekly residency at Escalades and hosting a weekly show on Virtual DJ Radio, he has been hard at work spreading his mix of hip-hop, neo-soul, gospel and house to the masses. Recently DJ Epic has been spinning with DJ Cuddy at the Loft for their infamous "World Star Fridays" parties. He also plays to a packed house at Lola for the venue's comedy night, "Wild'n Out Wednesdays." -Billy Brown

Don't let the pretty face fool you; DJ Jewel means business. Brittneé Bell has always had a passion for doing DJ and voice work in St. Louis. Her first show was on KCFV FM's 89.5 "The Wave," and despite the station's format switch from rock to hip-hop, it quickly cemented her as one of the area's best music interviewers. These days you can catch DJ Jewel on Hot 104.1's Saturday throwback at noon. -Billy Brown

DJ Mahf works from some place in his brain that pumps out enough enthusiasm to make his work look easy. Performing with a chilled zeal, the Indyground DJ interplays dense minutes of thumping samples with crackling movie clips and fine-tuned, one-and-two-handed scratches. He has already banged around Kansas City's spirited Middle of the Map Festival with labelmate Brett Gretzky, crossed the northern American border and cut and pasted for Red Bull's Thre3style competition this year. Whether live or replayed through Indyground's streaming footage, Mahf exudes the enjoyment he feels: In tempo he bobs at the waist, moving faster in the moments when he is inundated with the floor's energy, always looking pleased. It is Mahf's obvious enjoyment of his craft that puts his sets so squarely in the spotlight. -Blair Stiles

The Hold Steady got it right: Everyone's a critic, and most people are DJs. If the rise of EDM has reset the bar to heights so low anyone with a MacBook and a pair of Beats headphones can get a gig, true DJs — like James Gates, a.k.a. Nappy DJ Needles, a.k.a. Nodzilla — deserve our attention more than ever. Needles' obsession with music and DJ culture goes back to his childhood. His father was a respected DJ in St. Louis, and Needles himself has been crate-digging and mixtaping since the '90s. At home in both digital and analog worlds, Needles excels in flow, the fine art of transitions. His breaks are lively and surprising, but the beats and the deep cuts he selects — often drawn from genres and artists you wouldn't expect from a DJ grounded in hip-hop — always blend together in a set like a story with an arc, a sonic mural that comes to life before your eyes and ears. -Roy Kasten