When you take a name like Big Brother Thunder and the Master Blasters, you'd better not be fronting. And this funk and soul-jazz band never does, instead grinding out heavy grooves and well-caressed chilldowns that often sound like War fused with contemporaries such as the Menahan Street Band or Monophonics. Featuring horn maestro Drew Franklin and singer Sheri Faccin, the band often performs as a sprawling eight-piece, and yet it never sounds chaotic, even when guitarist Matt Vianello goes into full-on Hendrix jam mode. Soul-revival bands often play it by the book. The Big Brother crew is writing its own funk story in its own way. -Roy Kasten

Groove, like sex, is a universal language best spoken with the body. The six members of Funky Butt Brass Band - Aaron Chandler, Adam Hucke, Ron Sikes, Tim Halpin, Matt Brinkmann and Ben Reece - throw all their physicality into their music, moving and jabbing and dancing like the heavyweight champions of jazz funk that they are. Their horn section has become go-to collaborators for rock bands like Melody Den and Brothers Lazaroff, and their regular gigs around town are more than just a celebration of the New Orleans sound. When Chandler belts out Oliver Sain's "St. Louis Breakdown" you know where the heart and soul of this band lies. -Roy Kasten 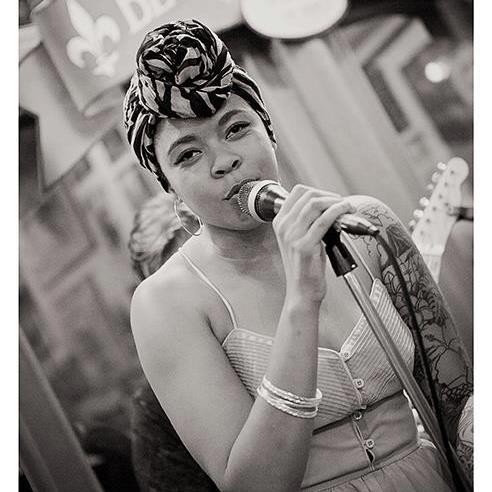 Nikki Hill has barely been on the St. Louis scene for two years, and yet she's already made her mark. With her co-songwriting husband Matt Hill on guitar, and the rhythm section of drummer Joe Meyer and bassist Ed Strohsahl, Hill makes the blues sound like rock & roll and makes soul swing like rockabilly. Her first full-length album, Here's Nikki Hill, reveals a talent that's already beginning to form a serious national (and international) following. And it also serves as a reminder to listeners that she's in no way a cover act or an oldies purveyor. She's simply the real, juke-joint-hollering and soul-stomping deal. -Roy Kasten

Get a grip on your drawers, ladies, because when Roland Johnson sings, panties drop to the floor. Johnson is a living St. Louis soul legend with smooth delivery and charisma for days. But he's not just a sex machine in polyester pants; his sweet voice will move you with both classic and original tunes. His backup band, Soul Endeavor, stands proudly behind the man, delivering both the beat and the much-appreciated horn blasts. Soul Endeavor works it out as a fly band in its own right, playing frequently in crowded blues bars, but when its power is combined with Johnson, the swoon factor is limitless. -Jaime Lees

With an almost impossible to categorize sound, the Jungle Fire plays an upbeat style of music that one can only describe as classic rhythm and blues, blended with soul and pop. Throw in a little funk and a heavy dose of the blues and you have a band that many might ignore based on the description alone. The band is comprised of seven seasoned musicians, each from well-known and respected musical projects. Particularly of note are the Disappeared's Dan Johanning on guitar and bass player Justin Haltmar. (One of the greatest local players of his generation.) Haltmar stays surprisingly in the pocket on most of their recorded material, letting keys, sax and flute take lead roles — that is, when vocalist James Fields isn't dominating the tracks with his soulful voice. -Kenny Snarzyk