Jack Buck is a perfect example of style and substance. With super-clean aesthetics on physical releases and an almost too-pretty-for-punk-rock appearance, the band is secretly kinking your IV line, adding air bubbles to your blood stream. Jack Buck does the noise-rock thing perfectly, with intelligent arrangements that would make bands like Unsane and the Jesus Lizard proud. Vocalist Colin Webb's calculated-yet-reckless delivery stands out without taking away from the stringent riffs. JB's newest release, Soft, comes on a clear seven-inch record with two new songs that show an incredible advancement from an already stunning debut. If you like rock & roll in any form, you would be a fool to not immediately purchase this record. -Kenny Snarzyk 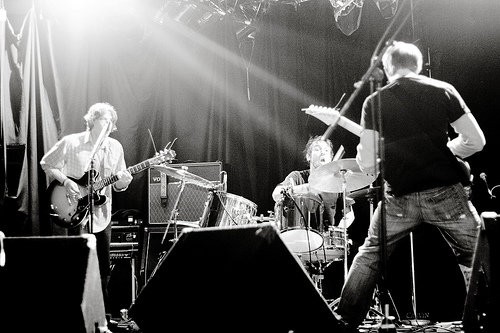 The inclusion of a "Post-Hardcore" division in this year's awards is the cleanest categorical fit for the platypus of a band that is Sine Nomine. Experimental? Yes. Metal? Sort of. Noise? To some. Punk? In a broad sense, yes. Americana? The argument could probably be made. But the concept of being rooted in hardcore and progressing beyond sounds most like Sine Nomine's forte. The band recently announced a break from shows, which would be a bummer for fans of a less ambitious band, but the last time this happened Sine Nomine returned with two albums that seemingly materialized from the ether with the specific intent to crush skulls. -Ryan Wasoba 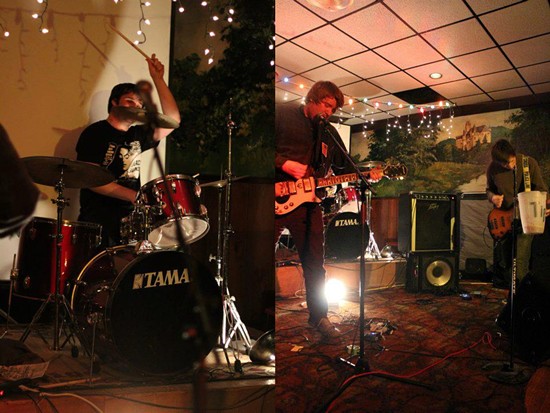 Trauma Harness' sound is one of the best combinations of creepy and catchy we have in St. Louis. The band does the post-punk thing right, in the vein of bands such as Hüsker Dü, Devo and Killing Joke, and when the reverb is cranked up and the riff raptors are cut loose, your record collection is going to get into a fight with your comic-book collection. Trauma Harness' good-for-every-occasion sound makes it one of the best bands in town to listen to after the end of a major romantic entanglement and/or an unwanted probing of body cavities by extraterrestrials. -Jimmy Eberle

Squalid and demented, Brainstems splices pure punk madness into the primal cortex of rock & roll. With frequently sub-three minute songs about swamps, parties and River Des Peres, the band whips up a maelstrom of guitar fuzz and vocal fury. At times, Brainstems might recall the Replacements at their shittiest-sounding and drunkest, and at other times it will sound like the Troggs trying to get you to dance so hard you hurt yourself. Most importantly, the members of Brainstems have had a blast making their own brand of noisy rock, and that's what rock & roll is really all about to begin with. Unfortunately for us, the band recently called it quits, having played its final show on May 25. -Roy Kasten