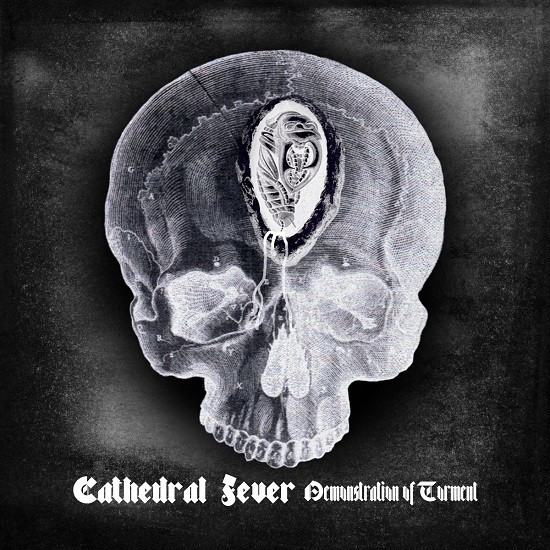 From the ashes of Stretcher! and some of the former members of Rites of Impiety comes Cathedral Fever. If you like Cursed, American Nightmare/Give Up The Ghost or any other prolific hardcore band that rose to prominence in the early aughts, you'll love Cathedral Fever. Frontman Jerry Rose leads the way with his intense hair-whip breaks in between screaming fits. CF is usually the hardcore band that ends up playing the DIY metal shows, shaking attendees awake in between slow, regurgitated, merch-core bands in the Fubar lounge. Cathedral Fever is spreading like wildfire: Catch it, then burn to a crisp. -Jimmy Eberle

Everything Went Black has had a hell of a couple of years, jumping from powerhouse local label Encapsulated Records, to Deathwish subsidiary Prosthetic Records, and touring with one of Cleveland's oldest and meanest hardcore bands, Ringworm. The band's release of debut LP Cycles of Light proves EWB will not be slowing down any time soon. In fact, word on the street is a new EP of blackened hardcore is already almost ready. Despite the success, the members of Everything Went Black seem as driven and down to earth as ever. Put on your moshing shoes on and don't miss the next time an EWB show sonically rips St. Louis a new asshole. -Jimmy Eberle 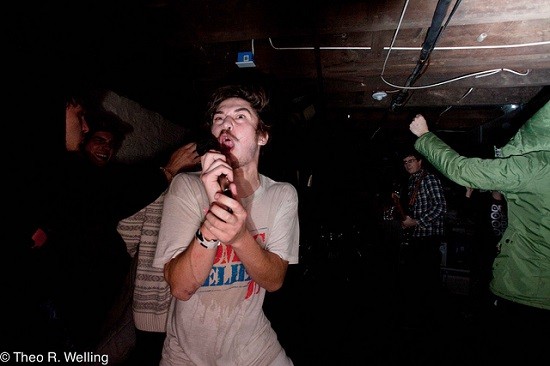 Pink Sock plays hardcore while stomping firmly on the self-destruct button, appearing wholly content with falling apart and slapping things back together in messy, disjointed fashion. Vocalist Travis Hanrahan spits words in the form of a heated rant, giving the impression that the band is embroiled in total punk rock stream of consciousness. While not improvised, the songs come organically, and Pink Sock feeds its crowd accordingly. The guitars are ceaseless with feedback, and the drums keep the music sorted in quick tempos. While Pink Sock started off abstract, its DNA was no doubt altered by south-city hardcore, and the result feels engaging and unhinged. -Joseph Hess

Shaved Women is a goddamned mean band. Everything about it, from the buzz-saw crunchy bass to the spine-rattling guitar, from the ground-shaking drums to the insanely creepy, anger-purging vocals — it all just screams unapologetically in your face. Once described as "the soundtrack to mid-paced friend-fighting in the circle of slam," this band is getting more steam with each out-of-town trip and garnering more Internet attention with each release. Shaved Women has three official releases in its repertoire, and recent sets consist mainly of brand-new, unrecorded material. This band would serve as an excellent soundtrack to beating someone to death. -Jimmy Eberle

One might assume a band with a name like "Who Fucking Cares?" to be a slapdash rush job of gutter jams, but this is not the case. Maybe this group wants to wear the mask of bored chumps doing the bare minimum, but fierce, solid songs cry otherwise. WFC? nukes heavy hardcore with abrasive guitar and vicious, harrowing vocals. Speedy beats fly by, carrying grinding chords with shredding riffs. Who Fucking Cares? shares DNA with other St. Louis hard-hitters, but it manages to carry its own special brand of the Midwestern scowl. Look for the familiar but expect the distinct with a band that comes informed by hardcore of the past but uncontrolled by expectation. -Joseph Hess