When Aquitaine rechristened itself after a stint as Super Moon (and then, briefly, Super Maroon), the band made its intentions as Union Jack-waving Anglophiles known at An Under Cover Weekend by covering Oasis. If that was your first exposure to this ensemble of scene vets, you got a taste of the guitar-heavy, melodically driven songs on the band's debut EP, American Pulverizer, Part 1. You could play "spot the influence" with certain songs — Joy Division, the Bunnymen, the Jam — but you'd do well to remember that Aquitaine uses its influences as a jumping-off point, as singer and bassist Will Hildebrandt has the voice, charisma and cocksuredness required to sell this material. -Christian Schaeffer 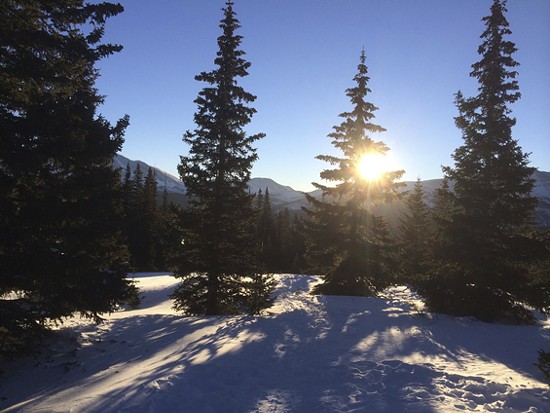 "Best new band." "Band to watch." Bear Hive has rightfully earned some major accolades over the past couple of years, but we can't help but consider the trio our little secret, in the best way possible. There's a magical quality to the way Chris Phillips, Joel Burton and Nate Heininger perform together — a feeling of "Damn, they're good! And they're MINE!" — that we just don't want to let go of, no matter how big they get or how many music experts notice them. These multi-instrumentalists fill albums and rooms with sonic sighs, expressive lyrics and foot-stomping riffs, echoing dreamy Death Cab for Cutie or a more earnest MGMT. Bear Hive is the band to hold in your heart now, because by next year the secret may be out, and it'll be too late. -Allison Babka

Foxing's Conor Murphy sings onstage like he is locked away in his bedroom. As he throws his voice around to an anonymous audience, it appears he is without awareness of a crowd presence. When he chooses to sing, he is alone — no PBR-laden palms, no glassy-eyed gazes to distract him. Of course, he is not alone. He is backed by drummer Jon Hellwig, guitarists Eric Hudson and Ricky Sampson and bassist Josh Coll. Together they appear to labor through their pain and make emo-fied indie punk punctuated with movie clips. To go to a Foxing show or listen to the band's recordings is to witness catharsis through music. Makes sense: There's no placebo to trick the brain into curing itself of discomfort, and half the boys of Foxing are too young to buy alcohol. -Blair Stiles

Old Lights began as David Beeman's singular vision. The project used (and uses) the '60s/'70s brand of folk-rooted, gently rocking pop as a starting point, and dressed it up in heavy reverb and vintage keyboards and synths. It proved to be a perfect vehicle for Beeman's melodically gifted, melancholy songwriting. Which is why it's such a pleasant surprise that bassist Kit Hamon's songwriting contributions fit perfectly into Old Lights' aesthetic. They're slightly sweeter than Beeman's, but Hamon's songs are an apt match for the beautiful harmonies, moderate tempos and predominantly major keys that characterize Old Lights' music. Most important, they are just as catchy and warm as Beeman's. Old Lights was one of St. Louis' best indie-rock bands when it had one ace songwriter. Imagine what it'll do with two. -Bob McMahon

Not enough can be said about how much Paige Brubeck and Evan Sult (collectively, Sleepy Kitty) bring to the St. Louis music-and-arts scene. As if the duo's beautiful handprinted concert posters and overall enthusiasm for St. Louis culture weren't enough, we get music too! What starts as a standard, stripped-down pop song often gets deconstructed and reconstructed though layers of reverb, loops and shifting beats. Brubeck and Sult have a knack for collaging different elements of indie, pop and rock in a manner that tip a hat to the past while forging ahead down a creative path that's entirely their own. -Michael Dauphin