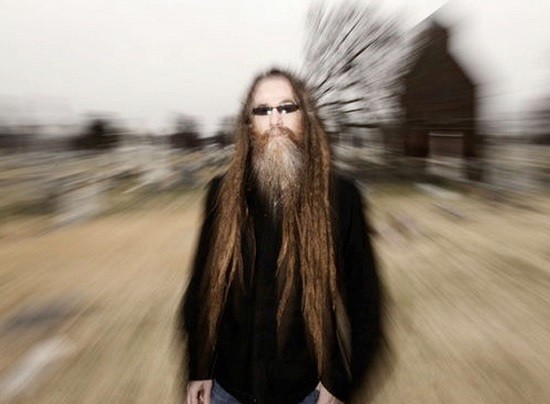 Upon arrival to 2720 Cherokee, I was greeted by a block-long line full of every possible incarnation of hippy. Tie-dye and hemp combinations appeared in everyone's clothing choices as far as the eye could see. Some had adapted to almost-modern culture (a flat-bill hat with grateful bear patches ironed on to the back) and some had not (Edgar Winter's chubby brother regaled the other line-dwellers with stories of Dead sightings past). The majority of the weed-fueled, stereotypical stampede seemed like they were the offspring of poser hippies who showed up to Altamont to hear the hit singles, get high, and cash in on the free love. The hippies who seemed legit had to be closing in on their early 1000's. It's hard to say; you'd have to count the rings after cutting open the caked stains on their NORML shirts.

Regardless, the crowd was ready to have one last party with local Grateful Dead cover all-stars the Schwag. The band had already started in on one of its many renditions of GD songs while dozens of show-goers and I were still in line/being patted down for paraphernalia/weapons. Once inside, beach ball warfare erupted. The simplistic, but still clumsily performed mating dance the crowd partook in was the opposite of mesmerizing to a member of the doesn't-want-to-be-initiated. The simple move of taking two short steps as you flail your arms about like those (barely) anthropomorphic tube men at car lots was enough to make a difficult gauntlet to get a drink past without spilling. Then the second song ended, after 25 minutes. The mood was set to watch the '60s cliches that filled the crowd go insane.

A few more songs went by, and a few more handfuls of something to narc about were passed around. The musicianship was admirable, and the party was in full gear after 45 minutes. In the middle of a blues song the keyboardist yelled "Motherfucker!" and the truly ate-up ate it up. Eight minutes later they followed that epic jam up with a song reminiscent of any School House Rock tune, only this one was about "eatin' fuckin' pussy!" This captured the goofy tone of the night, all two hours of it. Say what you want about hippies and all their awkward, played-out silliness. They know what they like and Jesus-fucking-Garcia, did they show it...right in my goddamn face. The jam sesh served as one hell of a way for the audience members to do some sick, uncoordinated, balding dread-lock whipping. Neon hula hoops, molly-based arguments, and fifteen minute songs, oh my!

Young hippie girl ran into the middle of Jefferson to stop a biker screaming "DO YOU WANT A POPSICLE?" He didn't. Jealous of the guy with the Degeneration-X shirt. Doesn't smell that bad. Can't tell where fog/weed clouds end and beards begin. Kaleidoscope power-point goes nuts during player piano solo. I am by far the angriest person here. Knife.