The 2013 Riverfront Times Music Showcase is a week and a half away! Think of it as St. Louis music's own official holiday and consider this the season. Throughout May we at RFT Music have been working hard to make our cases for all 130 bands and artists nominated for an RFT Music Award this year in 26 categories. Read on and get yourself acquainted, and we'll see you at the showcase!

Bastard plays a heavily thrash-influenced brand of Satanic black metal. Most of the band's songs are short and to the point, with precision drumming and guitar leads that deliver aural frostbite to the listener. Reformed last year out of the now-defunct Harkonin, Bastard has risen from the ashes like an ice phoenix made of frozen piss and gasoline. With a sound reminiscent of earlier Bathory, Aura Noir and Hate Them era Darkthrone, Bastard's noise is metal played by veterans of the genre, executed without flaw or falsity. -Kenny Snarzyk

Black Fast is no stranger to this publication, which is a good thing, considering the band has almost no internet presence otherwise. This hasn't slowed anything down for the band -- especially its style, reminiscent of pioneering metal bands such as Kreator, Death and Sodom. Black Fast displays an incredible amount of musicianship, with strident vocals and complicated guitar work over an impressive rhythm section. Breakneck speeds flow seamlessly into complex mid-tempo sections without sounding forced or overly complicated. Now, if only the band could be found on Google... -Kenny Snarzyk

Fear. Dread. Undistilled evil. These are the themes that would still come across throughout Fister's Gemini even if it was an instrumental record. It is all black metal gnarl and gritty sludge, guitars feeding back at every breath and a bass tone that sounds like Satan's taint. It is the kind of record high school kids hide from their parents and college dropouts use as trays to roll joints. St. Louis' premier doom trio long ago earned its reputation as a must-see act; Gemini makes it easier to show the band off to the rest of the dark universe. -Ryan Wasoba

The members of the Lion's Daughter claim no specific sub-genre: They simply play metal, and they play it well. Hints of influence by Neurosis, Craft, Darkthrone and the Melvins peek through, while the music gets heavier with each release. Never satisfied, the trio is constantly working on improving its already near-perfect design, delivering a live show that is absolutely punishing. The Lion's Daughter recently entered the studio for a split release with the local folksters of Indian Blanket, which will undoubtedly alienate a lot of the metal purists that have come around over the last few years. And you can bet that the band doesn't give a shit. -Kenny Snarzyk 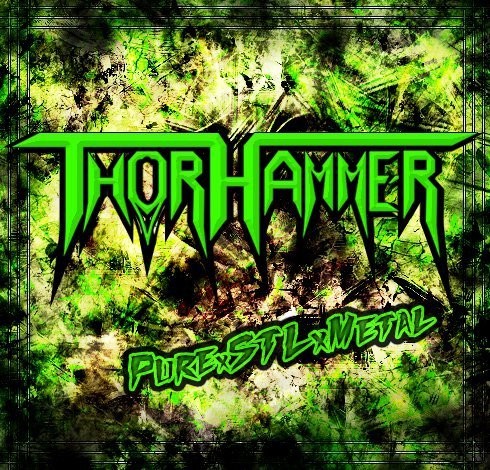 Don't want to shell out the big bucks for that Iron Maiden and Megadeth show this summer? Save some money and just see local unit ThorHammer. The band draws influence from the classic thrashers of the NWOBHM scene (that's New Wave Of British Heavy Metal, for anyone keeping score), modernizing the formula just enough to not come off as nostalgic. Similar bands tend to use this sound as a jumping off point for technical hotdoggery, but all of ThorHammer's effort goes to crafting thrash metal in its most refined form. -Ryan Wasoba