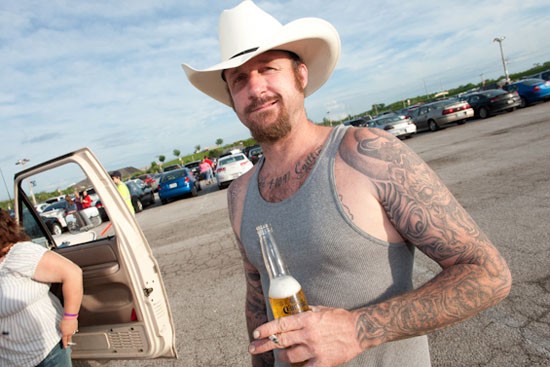 It's been about a month since the controversy surrounding bad-idea song of the decade "Accidental Racist," the duet by Brad Paisley and LL Cool J, exploded all over everyone.

Paisley's on tour now, and last night he arrived at the Verizon Wireless Amphitheater in suburban St. Louis. Photographer Jon Gitchoff took a quick survey of fans about that song, now that the white-hot heat that only masses of bloggers can create, has cooled.

First, here's the song once more: 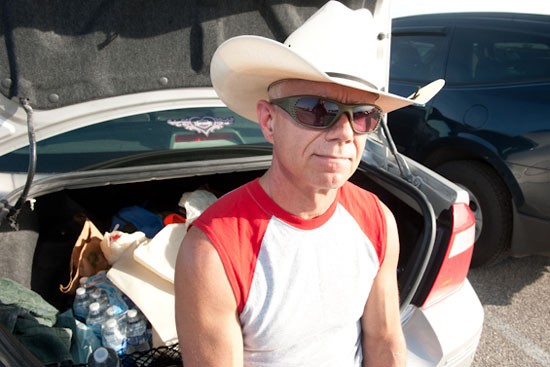 "I didn't think about it, didn't bother me at all."

"I think he was trying to get his word out there. He was just trying to make peace with people, and he's not racist, but I guess the lyrics didn't do it justice." 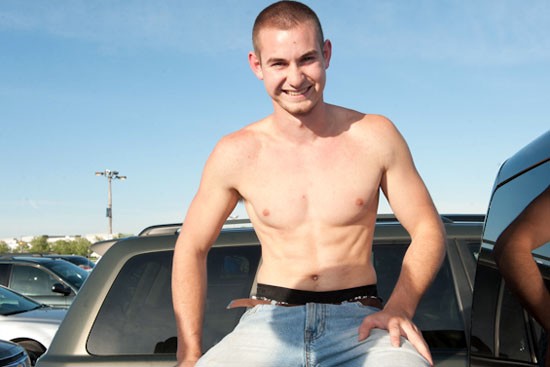 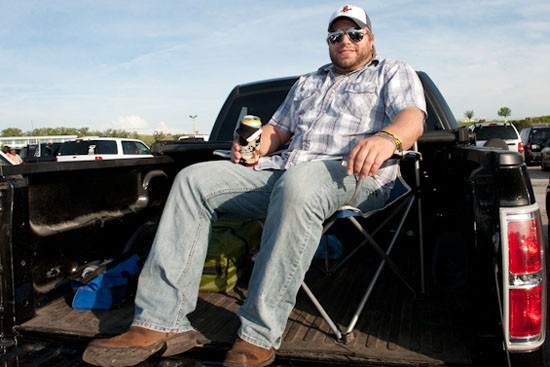 "They threw out the black side and the white side. It's an amazing song."

"I like Brad Paisley, so I wasn't unhappy about it."

"I think it was for a good purpose. He was trying to sing about what matters, but it sucked."

"I haven't heard about that."

On far left: "I just think if he was going to collaborate with a rap artist, which is a great idea, mixing music cultures, but why LL Cool J?"

On far right: "I haven't heard the song. To each their own."

"I think it's a great song. A truthful song. What's wrong with that?"

"I think it was a media pleaser that they even did it."

"I just love Brad Paisley, and I love all the work he does."