Here's a Tab of Acid for Your Ears: Chance The Rapper's Acid Rap 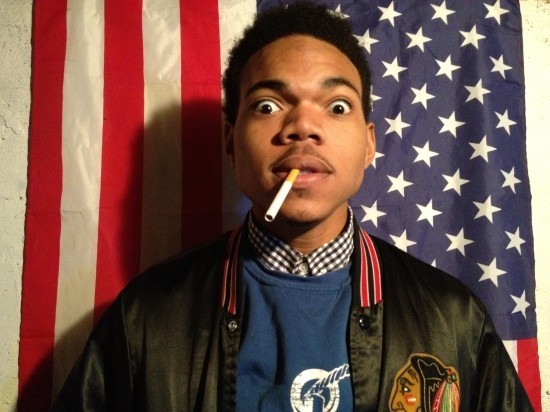 The hype has been palpable leading up to twenty-year-old Chance the Rapper's new mixtape, Acid Rap. Chance gained some recognition from his first tape, 10 Day, and in anticipation of Acid Rap, he proceeded to hop on as many tracks as possible, put out videos and tour extensively, including numerous Midwest stops from his hometown of Chicago to the St. Louis area. But to be real, the hype hasn't been enough.

Chance is eclectic and captivating, as is Acid Rap. The rapper's flow and timbre are constantly in flux. He oscillates seamlessly from his signature nasal and cracked shouting to playground sneering to smooth crooning. Chance's topics are as widely varied his flow -- throughout Acid Rap, he touches on love, street violence, addiction, tripping, growing up and loss. Each topic is handled with a compelling honesty and originality. Chance's verses are airtight, packed with double and triple meanings, wordplay and allusions.

The tape begins with "So Good (Good Ass Intro)," which re-purposes Kanye's "Intro (I'm Good)" over a classic Chicago juke beat. Chance is a scholar of his city, and it shows. Part of what makes Acid Rap so impressive is his ability to pay homage to his influences and incorporate them into his music without being derivative. Chance rips through the track with a boisterous flow at a breakneck speed.

This tape meanders through Chance's mind and experience. Glorious and triumphant highs like "So Good (Good Ass Intro)" and "Interlude (That's Love)" topple to devastating lows such as "Lost" or the tape's most impressive track, "Pusha Man."

"Pusha Man" is a seven-minute, three-movement ride that begins with a funky throwback to Curtis Mayfield's classic work for Super Fly. The first section embraces familiar hip-hop themes of the grind, violence and male braggadocio, themes popularized in Blaxploitation films including Super Fly. At the 2:30 mark the music comes to an abrupt stop for a complete 30 seconds of silence. A cloudy, bare-bones beat with a hesitant start-and-stop syncopation brings us back, and Chance begins to subvert the themes of the first section with an examination of the violence of Chicago's streets and the harmful effects of that violence on his mental state. The track then devolves into a sort of demented and dreamy nursery-rhyme-music-box beat with an honest, fearful hook and a final, simple verse. This verse is one of the most powerful on the tape, a beautiful and tragic plea to stop the seasons:

It just got warm out, this the shit I've been warned about

I hate crowded beaches, I hate the sound of fireworks

Cause everybody dies in the summer

Wanna say your goodbyes, tell them while it's spring

I heard everybody's dying in the summer

So pray to God for a little more spring.

The summer months are the cruelest in Chicago, when the already egregious violence escalates even further. Chance knows this first hand, having lost a close friend in 2011. His frustration and despair are moving. This track is brutal and beautiful. It is damn impressive.

This tape is incredibly smart and entertaining, surprisingly expansive, hilarious and heartbreaking. Chance the Rapper has arrived, and it's time to start paying attention.

Acid Rap is available to download for free at ChanceRaps.com.