Forty Years into Her Career, Patti Smith is Still Bewitching: Review and Setlist 5/5/13

It's an emotional thing, seeing Patti Smith. I've seen her perform a bunch of times, and every time I'm shocked by my own intense reaction. I know that I usually get all sentimental and weepy when she starts singing, but this time I was blinking away tears as soon as I saw her face.

See Also: - Godmother of Punk Patti Smith Talks New Album, Book and Burroughs: "I wanted to come to St. Louis because I just wanted to say hello to William."

Why does this happen? It's weird; I'm not usually so sappy. I think it was a combination of many factors: the small room was crowded but cozy, the audience was humming with excitement, I was flanked by great friends and, well, she was right there. As far as I'm concerned, this woman is nothing short of a goddess. I can think of no other person who has been so equally and immeasurably important to both rock music and the written word, and those are the two things that I love most. And something about her touches me so deeply that I can barely even acknowledge it without feeling freaked out. 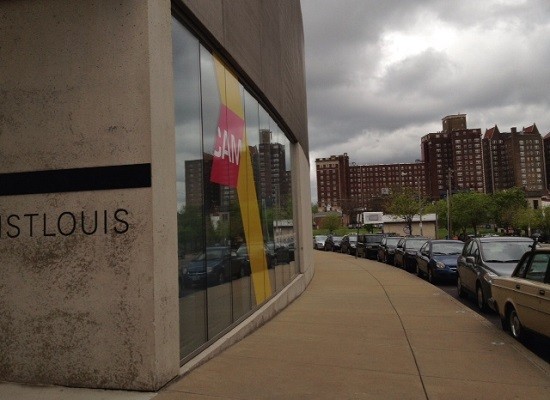 She's nearly 40 years into her career, but Smith is still bewitching. She clearly knows about her singular power to enchant and she worked her little rocker-poet-goddess-shaman thing all night. She entered the room to great applause and flashed her famously sweet, yet mischievous smile. Her performance was a combination concert and poetry reading and Smith slides easily between the two formats. It is here that you can witness the interconnectedness of her work: she can read a poem, tell a story about it and then sing a song she's written about the subject.

Smith was joined onstage by her long-time bandmates and trusted collaborators, Tony Shanahan and Lenny Kaye. Kaye played guitar, and Shanahan accompanied her on guitar, bass and piano. Both men stood quietly and respectfully as she read from a few of her books and also sang backup during songs as needed. The amount of talent on that stage was overwhelming when all three played and sang together -- I consider myself lucky that I had a hand to hold as Shanahan pounded out the first dramatic notes of "Pissing in a River."

It wasn't all heavy stuff, though. Smith kept the mood light between songs with her funny stories and easygoing nature. At one point she stepped back from the microphone, made a funny face and then returned to ask, "You ever have one of those burps that won't come out?"

More of our review, as well as a complete setlist, on page two.

Smith's performance also included numerous compliments to St. Louis. She referenced our own William Burroughs multiple times, commented our buildings ("This city has beautiful architecture. It's the kind of architecture that reoccurs in your dreams") and she improvised a little STL love at the beginning of "My Blakean Year": "The tour bus pulled into St. Louie/Where I was thinkin' of William/And the Courtesy Diner..."

Smith ended the night with "People Have the Power" and dedicated the song to her "late and great husband, Fred 'Sonic' Smith" of the MC5. She said that they ended up working on the song together after he walked up her one day at home and said, "Patricia, people have the power. Write it."

At some point during the show, my friend leaned into my ear and whispered this: "You know what's great about her? She's humble. And she doesn't have to be." Yes. Exactly. She doesn't have to be humble at all. But it sure is nice. Smith stayed after the show to autograph books and records.