The Six Most Uncomfortable Lyrics In Songs Kids Like 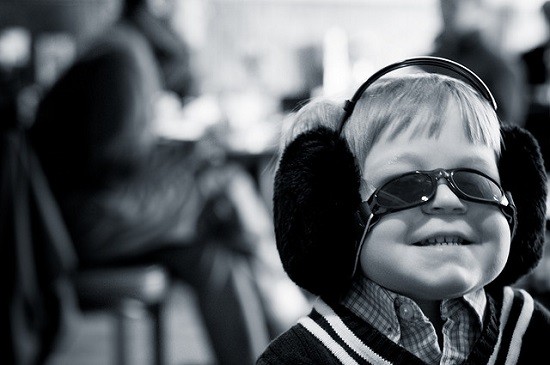 Since the dawn of pop music, there has always been a dissonance between the music kids listen to and the content of the lyrics within. This can make an adult cringe when a child enjoys a song with an inappropriate lyric, especially one he or she does not understand. Here are the six most uncomfortable lyrics in songs that kids like.

6. "We went streaking in the park/Skinny dipping in the dark/Then had a menage a trois" from Katy Perry's "Last Friday Night (T.G.I.F.)"

Lyrics like this make me relieved I don't have kids. The entire song promotes negative attention and regretful behavior in a way that's obvious to adults but probably not so much to the young ones. I'm certain that some poor parent has had to explain to their kids what a menage a trois is, and this kid has thought during sex-ed class, "Wait, so there's only supposed to be two people?"

5. "In the club party rock/Lookin' for your girl? She on my jock" from LMFAO's "Party Rock Anthem"

If LMFAO had the same universal, life-affirming definition of "party" as Andrew W.K., then the band would be the greatest influence in every modern child's life. Instead, the LMFAO party is the one that only exists in LMFAO songs, the one where it's acceptable for girls who are previously taken to be on one's jock. Additionally, kids probably think "she on my jock" means that she's getting a piggy-back ride from the rapper's friend who happens to be an athlete.

4. "Your sex takes me to paradise" from Bruno Mars' "Locked Out of Heaven"

Most embarrassing lyrics are deemed so because the grownups get it but the kiddos do not. But it's hard to mask "Your sex takes me to paradise," because even if a child doesn't understand the birds and the bees yet, the concept of sex as something not to be tread upon lightly is well understood. If today's youth are going to be influenced by a Bruno Mars song, it had be better for them to have sex than to jump in front of trains.

Billie Joe Armstrong is just vocalizing what we all thought after he started wearing eyeliner and dressing well. Ahh, but seriously, folks, it takes a few years for a kid to really understand sarcasm, and a few more in today's climate to be completely free of homophobia. Until those concepts are understood, the thought of the fruit of your loins singing along to this "faggot" line is even more horrifying than "subliminal mind-fuck America."

2. "Your lipstick stains on the front lobe of left side brains" from Train's "Hey, Soul Sister"

The brain has two lobes, and the left side tends to control the logical functions of thought. So the first line in "Hey, Soul Sister" could come off as a metaphor for intellectual stimulation. But no, he's talking about his balls.

1. "She told me to come, but I was already there" from AC/DC's "You Shook Me All Night Long"

I give guitar lessons five days a week, and this contributes to 90 percent of my experience with kids. Before Guitar Hero got children interested in the instrument, it was School of Rock, which was a gateway into the work of AC/DC. I hate AC/DC. This is mostly because I think it is lame and formulaic, and the "minimalistic" approach they are sometimes praised for is not nearly extreme enough to validate the tag. But there's also the horrendous vocals, like the band heard Led Zeppelin and thought, "Let's make the music dumber and the singer sound more like a pig with lung cancer." The worst AC/DC lyrics are the most sexual (I can make a graph to demonstrate if needed), like "Big Balls" and "Givin' the Dog a Bone." These are probably worse than "You Shook Me All Night Long," but far less popular to the under-thirteen demographic. And no line triggers my gag reflex when sitting in a six-by-four room with a child than "She told me to come but I was already there." I can only hope that any kid I've had to teach this song to will not associate me with it by the time he understands what the lyric means. And I use the article "he" instead of a clunky "he/she" because little girls generally don't like AC/DC, which leads me to the conclusion that little girls have better taste in music than little boys. I'll take Bieber over Angus any day.