The Ten Best Shows in St. Louis This Weekend: April 26 to 28 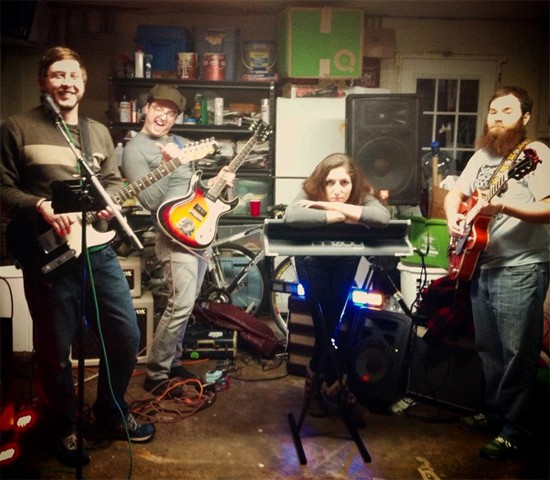 Hey stuff: Stop breaking! It's been an interesting week of recovery for RFT Music. Our website totally beefed it last weekend, our blog server gave itself some sort of boo-boo that still has a flimsy band-aid holding it together for the time being, and most disconcertingly, our stealth music editor Daniel Hill had to swear off beer for awhile to regain his stomach's health -- why, blog gods, why?!

Let's go see some awesome shows. Yeah, that'll make it all better! In addition to these recommendations, jump over to this week's Out Every Night post to read about Bruce Robison & Kelly Willis, LucaBrasi, Four Hands (AKA Rick Weaver), Ghostface Killah and Bill Frisell's Beautiful Dreamers.

Did we leave something significant out? There's a chance it didn't make it onto our radar! Send your show tips anytime to [email protected].

Brett Gretzky Album Release w/ Two4One, Dusty Wallets, Allen Gates @ The Firebird 9 p.m. | $7-$8 Look, it is about as simple as this: If Indyground is involved, you should be paying attention. Got it? Good. (DH)

Great Isaac w/ Brotherfather, My Molly, Carriage House @ The Gramophone 9 p.m. | $5 Fresh off the release of its latest album, folk-rock quintet Great Isaac takes it to the Gramophone. Only five bucks! (DH)

The Vanilla Beans CD Release w/ WILLIS, Carte De Visite @ Foam 8:30 p.m. | free This band lists its "interests" on Facebook as "being a better band." Gotta love the humility, but you also shouldn't deny the infectious indie-pop the band produces. Pick up their latest at this show. (DH)

The Missouri Blues Caravan w/ The Billy Bats, The Mojo Roots, The Bottoms Up Blues Gang @ BB's Jazz, Blues and Soups 6 p.m. | $5-$10 Catch some great blues acts from all over the state in one convenient showcase! The bands above hail from Kansas City, Columbia and St. Louis respectively and play all three cities this weekend in a one-time revue style show called The Missouri Blues Caravan. (MS)

Temples EP Release w/ Red Squad @ The Waiting Room 8 p.m. | free Rock trio Temples puts out its EP, Night Tides. Stop in to hear the six songs on it and more performed live, and bring $5 for a CD copy! (MS)

The Men w/ Organs, NRML PPL, Flaming Death Trap @ The Firebird 8 p.m. | $12 Local esoteric record shop Apop presents this show, which is enough proof that it's going to be a wild'n'weird one. Look forward to psych-heavy punk jams to end your weekend with. (MS)