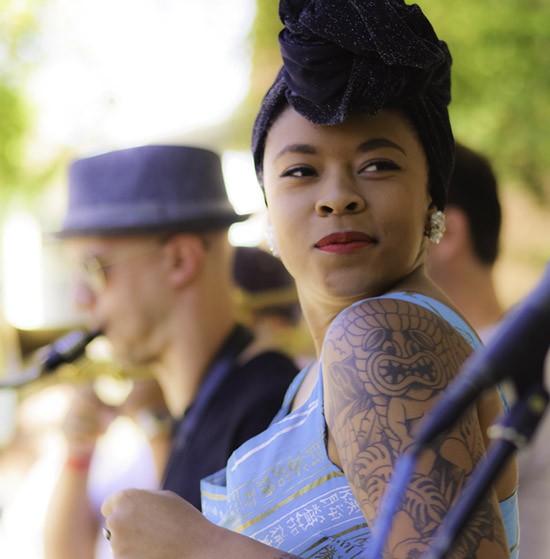 In this week's print issue, Senior Writer Roy Kasten profiles North Carolina-born, St. Louis-based singer and songwriter Nikki Hill and her debut album Here's Nikki Hill. One of the stand-out originals on the record is "Right on the Brink," a passionate blast of no-frills rock & roll & R&B.

Nikki Hill on the inspiration behind the song:

I just know that it's something that everyone goes through. That feeling, you know? When you're sick and tired of...whatever it might be. Of course the song reflects me being tired of a particular person (I had no specific person in mind when I wrote it), but it can be taken not so literally either and applied to a lot of experiences.

The feel I was going for was a really rocking number to reflect the intensity of the feeling I guess. The song live is really kicked up about 1000 notches! Matt [Hill], Joe [Meyers] and I arranged this tune together and wanted a vamp that we could really hit hard on and make people dance and feel it. I think we accomplished it. It's exactly what I had in mind.

Check out the new track below: