The Ten Best Shows in St. Louis This Weekend: April 19 to 21 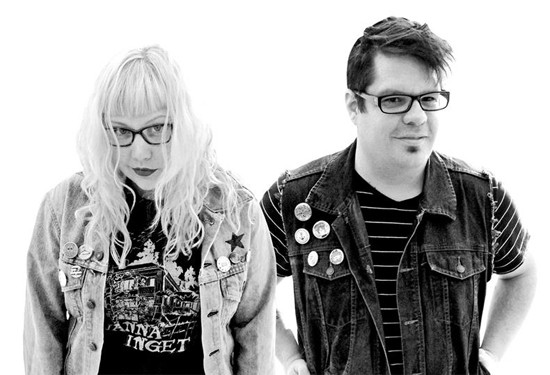 Stacked. That's what this weekend is -- stacks of records, stacks of bands, stacks and stacks of shows. There's so much going on lately that its a surprise RFT Music hasn't toppled over like a teetering Jenga tower (or has it? Google Chrome has trouble loading the website lately. Quit it!). Let's try to spread the love, shall we?

See also: -Out Every Night: The Best Shows in St. Louis from April 15 to 21 -St. Louis Record Store Day 2013: A Comprehensive Guide

Besides the following ten shows, don't forget acts like Weird Al and Kill the Noise stopping through town. Read about them as well as Stonechat's CD Release, the Heavy Anchor's Two Year Anniversary and the second installment of InFest in our Out Every Night post. Then, check out this post for a look at the Extension Chord Records releases and other local records debuting Saturday night.

And, of course, Record Store Day is the big what's up this weekend, with plenty of jam packed line-ups all over town. Study up on schedules with our comprehensive RSD guide and get ready for an utterly awesome show-going daze over the next few days.

Resoldered w/ The Yankee Revue @ Way Out Club 8 p.m. | $5-$7 Longstanding St. Louis rock band Resoldered is calling it quits after this show. Catch the band while you can, one last time! (DH)

Eddie's Munsters CD Release @ Blueberry Hill 3 p.m. | $10/$11 This eccentric group has had a rotating cast of more than twenty different members over the past decade, starting out as a cover band and eventually performing alternative originals. Hear 'em here. (MS)