The Six Indie Rock Songs That Sound Most Like Ska Songs 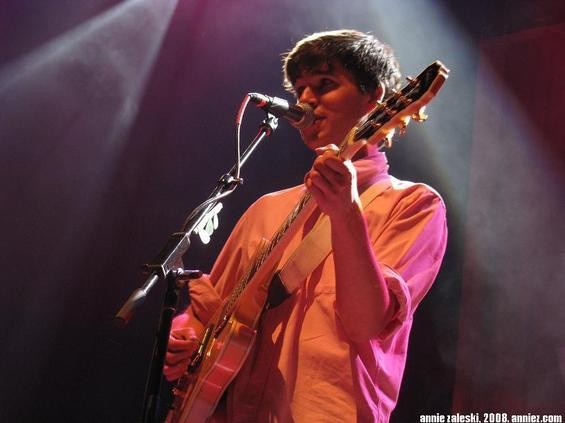 Indie rock is the vaguest of all genres, sort of the "none of the above" of rock and roll. There are no hard and fast rules. In rare cases, the result sounds an awful lot like ska. Here are the six indie rock songs that sound most like ska songs. Let us know your favorites in the comments. Oi.

The ska connection on "Beanbag Chair" is all about horns and a feeling. The bounce is very saccharine for a Yo La Tengo song, although the vintage recording quality and Ira Kaplan's droll voice keeps "Beanbag Chair" from resembling a Reel Big Fish track. Hepcat, maybe, but definitely not Reel Big Fish.

5. Minus The Bear - "Pachuca Sunrise"

Really, it's just the choruses of Minus The Bear's "Pachuca Sunrise" that resemble a ska song, when the guitars land their super-clean chords on the upbeat. "Pachuca Sunrise" is not Minus The Bear's best song (that would be "Knights"), but it is its most popular, according to the always-reliable Last.fm. Also, NPR listeners may recognize the sparkly intro from being overused as transition music.

Yeah, it's the "Malcolm In The Middle" theme. The ska factor is undeniable, but I can see an argument against They Might Be Giants as an indie rock band. TMBG has been a major label band for ages, but so have Wilco, Radiohead, Flaming Lips, and dozens of other icons of the genre. Since industry independence is no longer the defining characteristic of indie, the term tends to refer to groups who make decisions for artistic reasons instead of commercial, even if the result lands outside of the realm of normalcy for the average human. If that's the definition, They Might Be Giants could be the epitome of indie rock.

Vampire Weekend's "Holiday" sounds more like a ska song, but "A Punk" feels more like a ska song. It's all about that beat and super-clean guitar tone. I can actually imagine people skanking to "A Punk." A few years ago I interviewed VW's Rostam Batmanglij for RFT and I asked him if he used to like ska. He acted cool about it, said he used to like some Rancid songs. But I suspect he has a secret stash of Less Than Jake vinyl behind all those obscure afro-pop records.

1. The Pixies - "Something Against You"

Why has every third wave ska band not covered "Something Against You?" I was in one in high school; we didn't cover it because none of us were cool enough to listen to the Pixies. The guitar intro could be lifted into a Mighty Mighty Bosstones track with no effort. There's something demented about "Something Against You," even without Frank Black screaming the song title as a makeshift chorus. When done well, overt pep can be twisted, like the fake happiness of the overmedicated. Mu330 captures this, as did the Blue Meanies and (sometimes) Skankin' Pickle. I can't help but feel that much modern ska traces back to "Something Against You;" it's a shame everybody dropped the ball on Where Is My Mind: A Tribute To The Pixies.